With a new year upon us, what better way to introduce the country to those who have always wondered, the curious travelers or returning visitors, than an A to Z of interesting facts and places you should definitely get to know, to make your visit truly memorable. 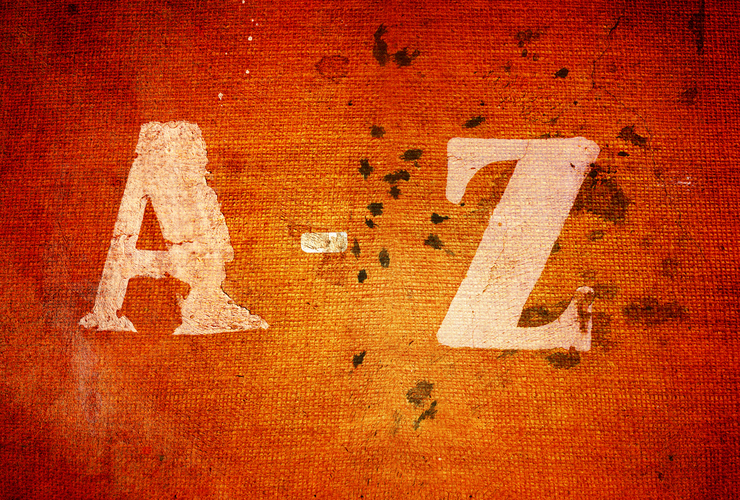 A – Akko: On a peninsula jutting into the Mediterranean, centuries of history are stacked within the Crusader walls of the northern city of Akko (or Acre). A Unesco World Heritage status, Akko has a fascinating history, including an impressive Crusader fortress from more than 700 years ago, all a short trip from Haifa. Read more about it on our blog

B – Baha’i: Founded in 1863 by Persian nobleman, Baha’u’llah, the mysterious Bahá’í faith attracts over 7 million followers. After being banished from Persia, Baha’u’llah eventually spent much of his life in Haifa, home to the iconic Bahá’í Gardens, one of the faith’s two holiest sites and a major place of pilgrimage for Bahá’ís. another of which is in Akko, pictured 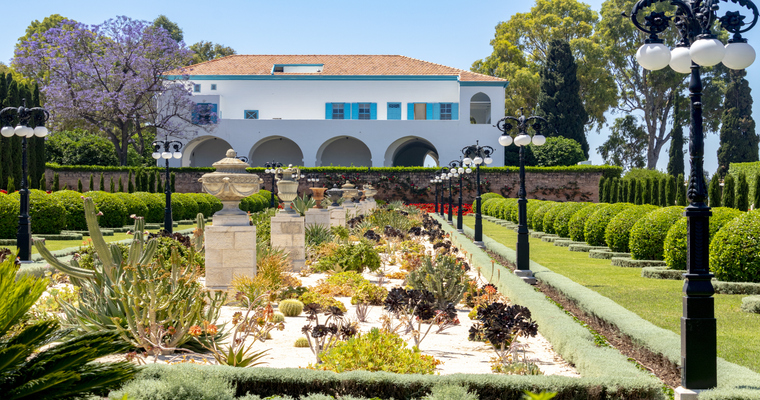 C – Christianity: While only 2% of the population of 180,000, Israel is holy for Christians for its association with the birth, ministry, crucifixion and resurrection of Jesus. Visit his birthplace in Bethlehem, his boyhood home in Nazareth – where Mary learned of her pregnancy on the site of Church of the Annunciation – and the site of his crucifixion in awe-inspiring Jerusalem. Read more about the Holy Sites of Christianity in Jerusalem.

D – Desert: Stretching from Beer Sheva to Eilat, the Negev desert makes up 60% of Israel. Experience the welcoming Bedouin towns and take a memorable trip to the jaw-dropping ancient fortress of Masada, the epic terrain that is Mitzpe Ramon or Ramon Crater, and the serene Timna National Park, home of the world’s oldest copper mines, about 25km north of Eilat. Click here for more to do in Eilat 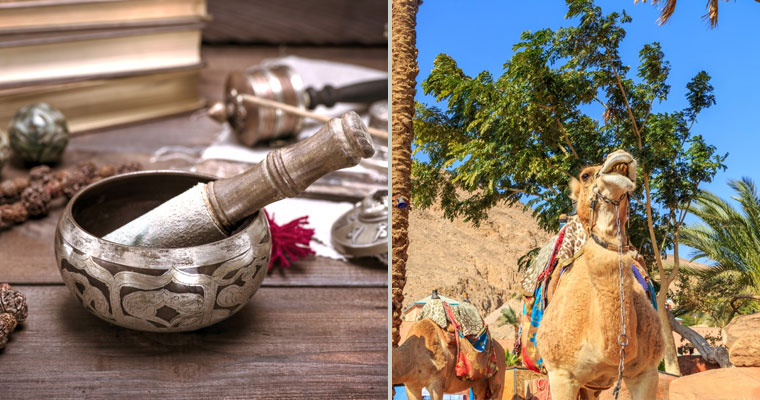 E – Ethnic music: The eclectic diversity of the music scene in Israel enraptures many visitors. Immigrants from Europe, Asia and the Middle East brought their own musical traditions, including Mizrahi music, combining elements from Turkey, Greece, North Africa, and the Middle East, as well as Eastern European klezmer music, enjoyed at a three-day Klezmer Festival every August in Zefat. Read more here

F – Food: The food in Israel is second-to-none and comprises both local dishes and foods traditionally eaten in other Mediterranean and Middle Eastern cuisines, including Iraqi, Yemenite and Moroccan. Try the falafel and sabich in pita bread, with hummus, as well as shakshuka, a dish of eggs poached in a sauce of tomatoes, chili peppers and garlic. Find out more about the Secrets of Tahini

G – Galilee: The Galilee has mountain peaks and flourishing valleys, gorgeous creeks, and cities with fascinating histories thousands of years old. From rebellions and wars to the birth of worldwide spiritual movements, the region is a hugely popular destination to relax, see where Christianity began, and where Jewish mystical traditions flourished close to Ruth Safed Hotel.

H – Herzliya: Perched on a cliff overlooking the Mediterranean is the upscale town of Herzliya, home to the Dan Accadia, set to be the largest hotel in Israel, and many of the high-tech enterprises that have made Israel famous. Just north of Tel Aviv, Herzliya has an impressive marina offering inviting restaurants, bars and boutique shops, and also hosts national and international sailing or cocktail events.

I – Islam: Israel is home to almost two million Arab citizens, or around 20% of the population, of which three quarters are Muslim Arabs, the remainder being Druze and Christians. Take a stroll around the Arab markets, highlighting their ancient traditions or relish in the splendid view of the gold-topped Dome of the Rock on the Temple Mount, Islam’s third holiest site, built in the 7th century.

J – Judaism: Tracing its history back almost 4,000 years, Judaism has a long presence in today’s Israel. Home to 9 million people, 75% of the population is Jewish, with Jerusalem’s Western Wall, or Kotel, the holiest site in the religion and the only remaining section of the limestone wall of the Second Temple, built by King Herod the Great. Check out more ways to celebrate Jewish customs while you’re in Israel

K – Kibbutzim: Traditionally based on agriculture, the socialist kibbutz movement represents one of most iconic movements in Israel’s history. Although today these collective farms develop more industrial and hi-tech enterprises than only farming, a visit offers a charming glimpse into a nostalgic past. 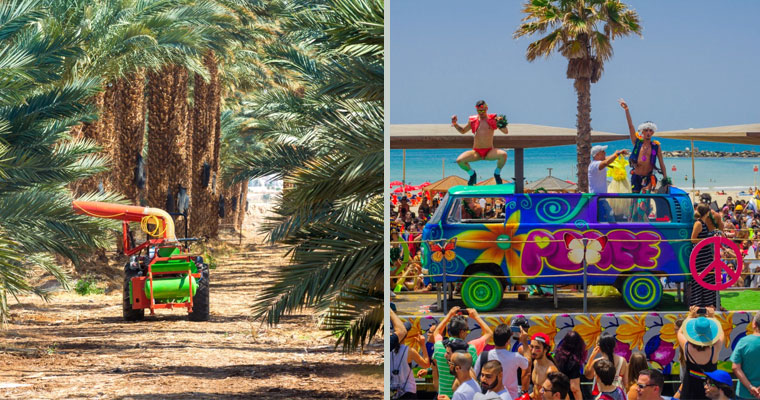 Left: Workers on a Kibbutz – Right: Floats at Tel Aviv beach during Pride

L – LGBT: As one of the hottest, most liberal and welcoming destinations for the LGBT community, Israel has popular and colorful annual Gay Pride events in most major cities, while the flagship June parade in Tel Aviv regularly pulls in 200,000, who come to enjoy the city’s sun-kissed beaches, pride parties, bustling restaurants and fascinating cultural events.

M – Museums: With the highest number of museums per capita in the world, Israel has many attractions showcasing art, culture, history and more. Visit the Tel Aviv Museum of Art, one of the oldest museums, as well as Jerusalem’s Yad Vashem, the official memorial to the victims of the Holocaust, and the second-most-visited Israeli tourist site, after the Western Wall.

N – Nature: Despite its tiny size, Israel’s diverse terrain runs from mountains in the north to the Negev Desert in the south and contains over 40 national parks and more than 10,000 km of marked trails. Visit the country’s largest national park, Mount Carmel National Park near Haifa, as well as the breath-stealing Masada, an awe-inspiring ancient fortress in the Negev Desert, built by King Herod. 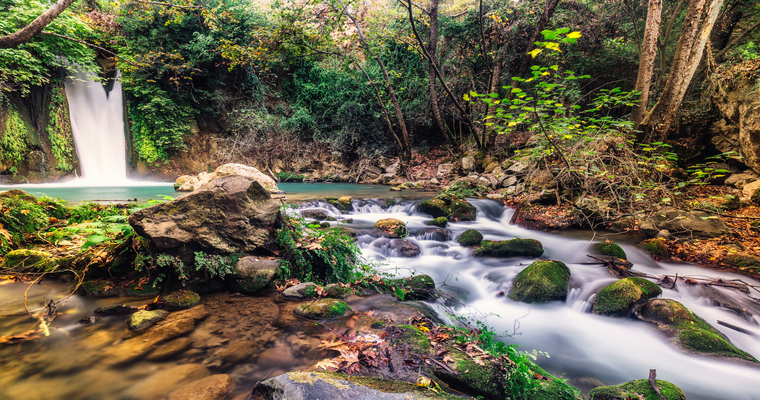 Waterfall Banias landscape. Water stream. Autumn at river Hermon. Nature Reserve and National park a popular place for tourist trips with locals and foreigners in the north of Israel.

O – Old City: Close to the city’s four Dan Hotels, Jerusalem’s Old City is shrouded in mystery and invites you to explore a medley of cultures and famous holy sites dating back thousands of years. The Jewish, Christian, Muslim and Armenian quarters house the awe-inspiring Western Wall, the splendid Dome of the Rock and landmark churches, such as the iconic Church of the Holy Sepulchre.

P – Parliament: The Knesset or Israeli Parliament is home to 120 representatives from across the political spectrum. In a complex political landscape, a coalition government usually rules, with the center-right bloc led by Likud and current Prime Minister, Benjamin Netanyahu.

Q – Qumran: The Qumran or Dead Sea Scrolls are ancient Jewish religious manuscripts found in the Qumran Caves on the northern shore of the Dead Sea. Available to see at the Israel Museum in Jerusalem, the scrolls date back over 2,000 years, with the first discoveries only made in the 1940s by a Bedouin shepherd.

R – Royalty: Prince William, Madonna, Queen and the Rolling Stones are some of the crown and music royalty who have greeted the Israeli public over the last few years. Many celebrities stay at the Dan Hotels before entertaining sold-out audiences with live concerts at venues such as Tel Aviv’s Hayarkon Park and Nokia Arena.

S – Size: Israel is surprisingly small. Similar size to New Jersey or Wales, the country is 420 km long (9 hours by car) and about 115 km across at its widest (90 minutes by car). Mountains and plains, fertile land, and desert are often minutes’ apart.

T – Technology: Described as the Start-Up Nation, Israel has more start-ups per capital than anywhere else in the world and science and technology experts from the country’s most fantastic universities, such as the Technion, as well as some of the best museums, such as Bloomfield Science Museum in Jerusalem and Madatech, located on the original home of the iconic Technion in Haifa.

U – Underwater: The underwater adventures are endless in Israel’s southernmost city, Eilat, an ideal stopping point to celebrate the natural world. From the Underwater Observatory to the Red Sea, marvel at the range of aquatic life and enjoy fantastic scuba diving trips and the magical experience of swimming closely with dolphins at the Dolphin Reef.

V – Vegan: Israel has been swept by a vegan revolution, with Tel Aviv named “Vegan Capital of the World” by a British newspaper. Foods, such as falafel, hummus, salads and couscous are an integral part of the Israeli diet, with The LINK Hotel & Hub getting ahead of the curve, with its MEATLESS menu. 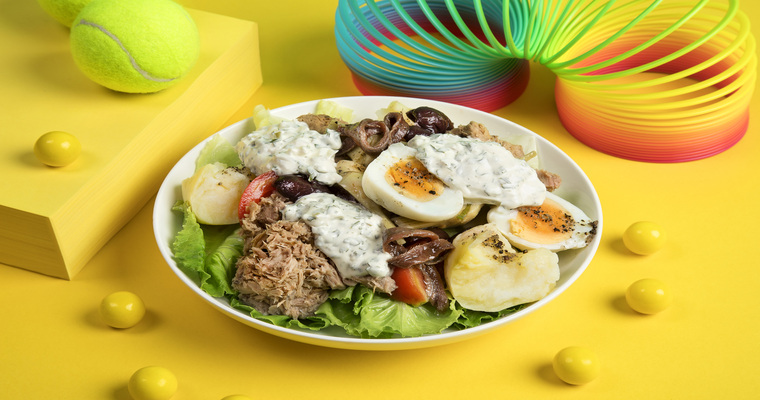 One of the Non-Vegan colorful dishes at LINK hotel & hub

W – Water: Within a hot stone’s throw of Jerusalem, the Dead Sea – arguably the world’s most natural health clinic – retains an almost mythical status, as the lowest point on earth, attracting tourists of all ages, aches and pains, and from all corners of the globe. Take the mandatory selfie baked in mud or as you float in the healing waters of this world-famous salty lake.

X – Xmas: The Holy City of Jerusalem and Mass in Bethlehem are particularly special, while Christmas in Nazareth and the festivities in Haifa continue to attract tourists, travelers, locals and pilgrims in large numbers. Be part of Christmas prayer and carol services and Midnight Mass at the Church of the Holy Sepulchre, the site of Jesus’s tomb or visit where it all started, Nazareth.

Y – Yafo, Yaffa or Jaffa: This charming ancient port city in southern Tel Aviv, close to the Dan Panorama Tel Aviv, is almost 4,000 years old and tells the tale of many fallen empires as, well as the biblical stories of Jonah, Solomon and Saint Peter. Take a walking tour from the Clock Tower and have a rummage through Jaffa’s famous flea market in search of a special treasure to bring home. 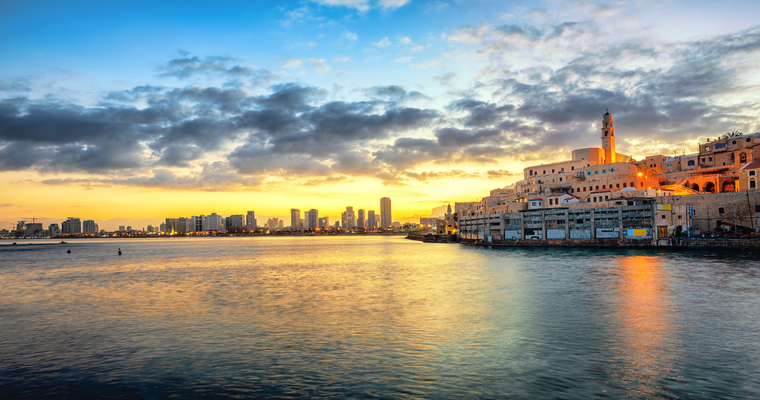 Z – Zefat: Perched high above the Sea of Galilee, the city of Zefat – known today as the home of Kabbalah, the mystical strain of Judaism. Stay at the Ruth Zefat and wander through the artist’s colony and cobbled streets of a city echoing the sacredness of the mystics who lived there in the 16th and 17th centuries.

What will your favorites be?