Day trip to the Dead Sea 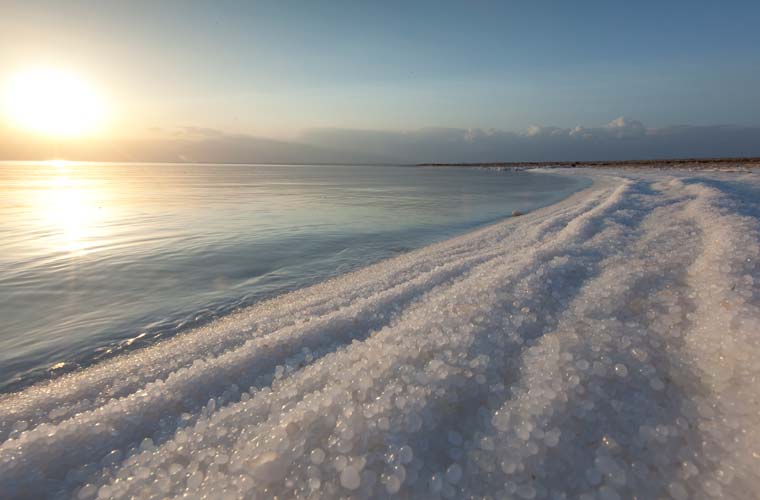 The Dead Sea is conveniently located in the center of the country, so it’s an easy day trip from Jerusalem or Tel Aviv. If you’re going to Eilat, you can also swing by the Dead Sea, stay overnight and continue traveling south the next morning. A finalist in a recent “New 7 Wonders of the World” contest, the Dead Sea is the lowest place on earth and has the highest mineral content of any body of water. The arid desert surrounding the area is both beautiful and archaeologically significant, so there is much to do in the vicinity. If you want to see and do it all, you may need more than a day, but it’s possible to see two or three sites if you set out from Tel Aviv or Jerusalem early in the morning and head home after dark.

For Reservations at Dan Jerusalem Hotel >>

When you drive south from Jerusalem, the first Dead Sea attraction you reach is Qumran. This site is perfect for history and archaeology buffs. During the Second Temple period, around the time of that Jesus lived, a mysterious sect built a small communal village at the foot of impressive caves in the Judean Desert. They lived according to strict rules, immersed in ritual baths often and invested a lot of time in composing and copying religious documents. These documents were hidden in the caves above Qumran for 2,000 years until seven scrolls were discovered by a Bedouin shepherd in 1947. The Dead Sea Scrolls provide precious evidence of the religious debates and daily life of the various sects which existed at the time of the advent of rabbinic Judaism and the birth of Christianity. A visit to Qumran includes a film, a walk through the extensive archaeological remains and a large gift shop offering various Dead Sea products.

Ein Feshkha (also known as Einot Zukim) is an oasis in the middle of the desert on the shore of the Dead Sea. Because the site provided water, it was inhabited during the Second Temple period by manufacturers of balsalm oil. The springs also provide water to animals such as jackals, wolves, foxes, hyenas and even leopards. The nature reserve is divided into two sections; One section is always open to the public and includes a pool formed from the springs. It is warm enough to swim in almost year round and pretty shallow. The hidden reserve is open on Jewish holidays and includes a deeper pool, a shallow pool and water channel which kids enjoy walking through. When this section is open, guided tours are held through the section where animals and plants thrive. 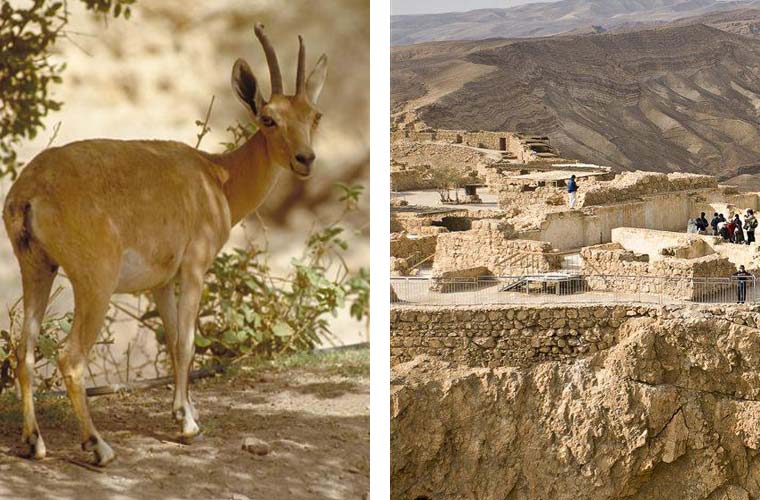 Ein Gedi is another oasis in the desert, with a selection of waterfalls cascading down the rocks to form pools in between the boulders. Ein Gedi is both a nature reserve and a historically significant site. Hikers visiting the national park can choose a short route to Nachal David or a long one to Nachal Arugot; Keep your eyes out for hyrax and ibex who inhabit the area. If you don’t hike but don’t want to miss out on seeing a desert waterfall, take a short walk to the nearest waterfall of Nachal David. After your visit to the nature reserve, you can stop at the ancient synagogue with its impressive mosaic floor and intriguing inscription about a mysterious secret. You’ll also want to visit the modern Kibbutz Ein Gedi, which features a cactus garden made up of about 1,000 varieties of cactus.

Masada is one of Israel’s most iconic sites. King Herod built an elaborate palace at the top of this cliff and wintered in it. The large complex later served as the last Jewish stronghold in the Great Revolt against Rome. Even after the Temple was destroyed in 70 CE, the residents of Masada held out for another three years. When they saw that defeat was imminent, they committed mass suicide instead of surrendering. A recently renovated visitor’s center at the foot of the mountain tells the stories of Herod, the revolt and the archaeological discoveries made in the modern era. To reach the top of Masada, either take a cable car or hike up a difficult “snake path.” The path is best hiked in the winter or very early in the morning. It’s an incredible experience to walk up the hill right before dawn and watch the sun rise over Masada’s peak. At the top, see the decorative walls of the palace, storehouses, a synagogue, bathhouses and the royal apartments. At dusk, an impressive sound and light show at the foot of Masada is shown highlighting everything you have seen during your tour.

The Dead Sea is famous for its healthy and skin-enhancing properties. There are many spas at the Dead Sea shore, offering jacuzzis, mud treatments, mineral baths, massages and various other treatments Spend up to a full day alternating between floating in the sea, swimming in a pool, enjoying rejuvenating skin treatments and slathering black Dead Sea mud all over your body.

A visit to the Dead Sea region is a truly fascinating experience. Delve into ancient history at Qumran and Masada, enjoy beautiful nature at Ein Feshkha and Ein Gedi and wonder at the uniqueness of the Dead Sea. You’ll be glad you made the trip! 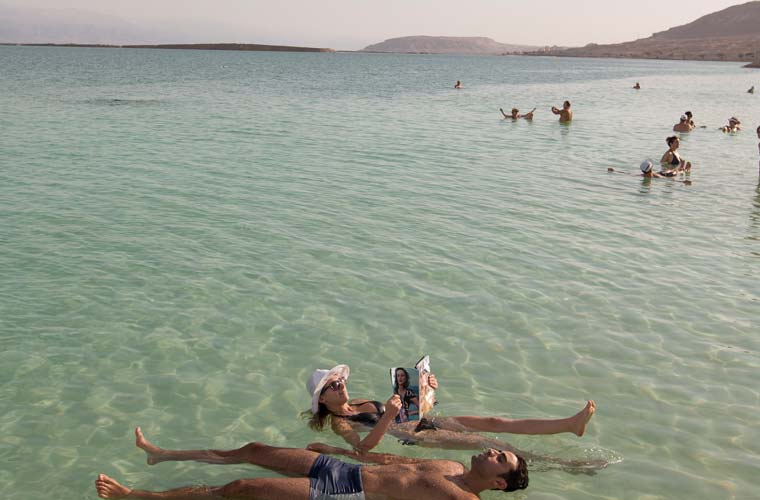