After a two-month journey through 6.5 million km of space, a dishwasher-sized spacecraft, a robotic lander named Beresheet achieved the feat, another milestone in the formidable reputation of Israel’s experts in science and technology. These experts come from the country’s most fantastic universities and are mirrored by some of the best museums. It was recently published that ‘Nano Dimension’, the Israeli Electronics Manufacturing company together with ‘Harris Corporation’, an American Technology company are developing a satellite component as part of a project in which in the two companies will cooperate with the International Space Station.

Tour the Universities and Institutes
If you are looking to be amazed and inspired, first stop has to be The Technion – Israel Institute of Technology (‘The Technion’) – at the heart of this technological revolution. Founded in Haifa in 1912, the Technion is credited with conceiving, founding and shaping the high-tech nation of the modern State of Israel. Home to three Nobel laureates, the Technion is ranked sixth worldwide for entrepreneurship and innovation and has had a dramatic impact in many fields of science and technology, including aerospace engineering. 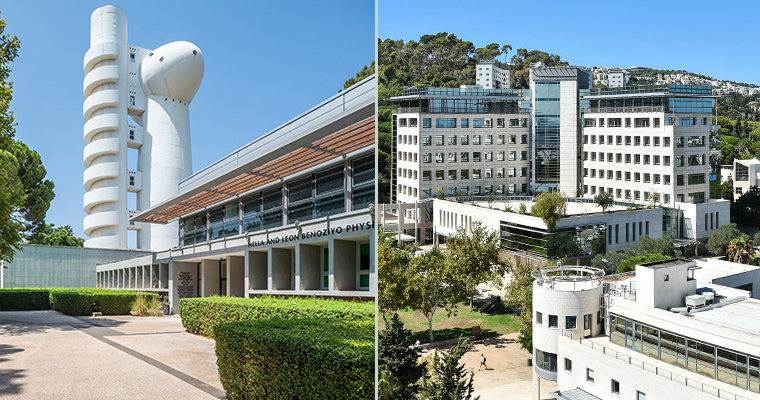 If the Technion was the first to reach for the stars, the Weizmann Institute of Science was not far behind. Located in Rehovot, a city south of Tel Aviv, it was established in 1934 as a center of science and technological innovation, and renamed 70 years ago for Dr. Chaim Weizmann, the first President of the State of Israel and founder of the Institute. Contact the Levinson Visitors Center to learn more about memorable educational tours of the Weizmann House, the Clore Garden of Science, an open-air science museum, where visitors are encouraged to experiment and play with over ninety exhibits spanning the grassy lawns of the Institute.

Cutting-edge Museums
Israel’s national science museum is Madatech- Israel National Museum of Science, Technology and Space (‘Madatech’), which sits on the original home of the iconic Technion in Haifa. Recognized 32 years ago by the Government as Israel’s national museums for science, Planning and technology, Madatech inspires visitors with a raft of cutting-edge scientific and technological secrets and discoveries. As the nearby Dan Carmel Haifa and Dan Panorama Haifa set high standards for elegance and luxury, Madatech has set a high bar among science museums worldwide, with more than 20 interactive science and technology exhibitions, including an interactive astronomy exhibition revealing the mysterious wonders of the solar system, its planets and moons and a delve into the mysterious world of magic and illusion.

Madatech Building – The Israel National Museum of Science, Technology and Space, which sits on the original home of the iconic Technion in Haifa.

You can get a discounted ticket price for Madatech if you subscribe to the Bloomfield Science Museum in Jerusalem, a cultural and educational institution, west of Sacher Park. A range of interactive exhibitions on the subjects of science and technology included the 3D movie, Journey to Space, which showcases how humans have punched through the stratosphere, walked on the moon, and discuss audacious missions such as landing astronauts on Mars and capturing asteroids.

In the city of Netanya, north of Tel Aviv, a visit to Planetanya is a must for all families, with terrific activities for children. It includes an outdoor science park, a Japanese garden, ecological pools, and a digital planetarium with state-of-the-art facilities. As well as lectures and presentations every evening, in cooperation with the Israel Astronomical Society, the Planetarium is an intriguing and alternative experience.

Look to the Skies
If you want to get even closer to the stars, without being on a spaceship, there are a number of tremendous experiences to savor. A guided tour of the starry night sky from the Ramon Crater, home of Israel’s largest research telescope at the Wise Observatory. Learn from Ira Machefsky, who brings more than 50 years of astronomy experience, offering nightly astronomy tours in Israel for beginners to advanced amateurs. Further south, close to the city of Eilat, the hidden treasure that is the What’s Up Observatory is a joy to behold. Visitors can take in the superb Stargazing program, run by Ethan Schwartz, who shares his passion for astronomy in a simple and professional way to introduce you to the wonders of the sky and its many constellations.

Using a computerized telescope, together with binoculars, you will have the opportunity to look at our solar system, the Moon, Saturn and Jupiter and maybe even Mars and Venus and Uranus, depending on the time and season. Enjoy this breathtaking experience, just a straight drive down Route 90 from the equally out-of-this-world Dan Eilat and Dan Panorama Eilat.

So, as now the country prepares for another future launch to the moon, there are many ways right now on terra firma to challenge your curiosity, test your knowledge, and surpass your expectation. For Israel, it may be quite the accomplishment. In reality, it’s not all that surprising. 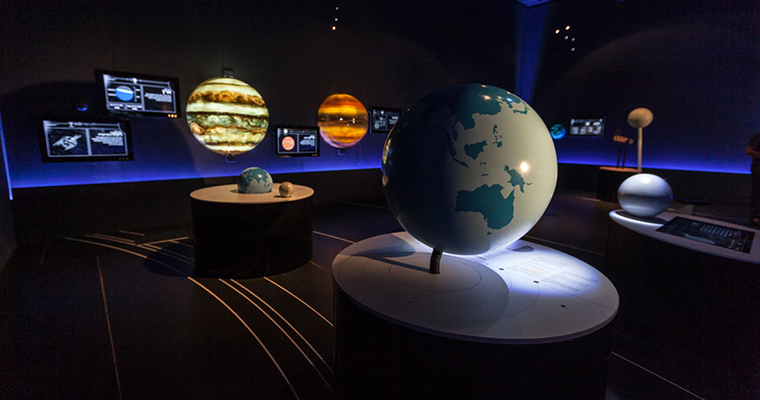 Astronomy exhibition at The Madatech in Haifa City