When the Crusader knights traversed Europe nearly 1000 years ago, their target was always the land of Israel. Therefore, while they left their mark on many areas across the European continent, the concentration of Crusader-era sites throughout this small country are unparalleled. Fortresses and churches dot Israel’s landscape, and the interested tourist can even visit smaller Crusader-era homesteads. 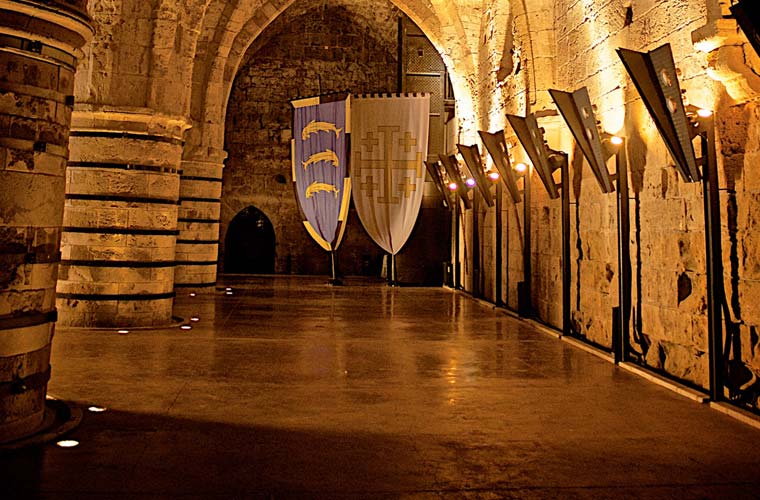 However, no site in Israel, or perhaps in the entire world, can provide a better window onto life during Crusader times than the Old City of Akko. Akko (or Acre as it is sometimes written in English) may be the only place in the world where one can walk through the many divided sections of a full Crusader city. There, one can open a window onto the tension that divided the various segments of the population: different orders of holy knights, seafaring mercantile warriors from rival Italian city republics, and tens of churches.

A large portion of any visit to Akko’s old city should be spent in the Knights’ Halls. The largest area in the city to be uncovered, excavated and restored over the past 20 years, the Knights’ Halls now reveal 25,000 m2 of a complete Crusader knight fortress. 40 million dollars have been invested to allow tourists to wander through the various sections, learning about everyday life for these Medieval holy knights, visiting such rooms as their sleeping quarters, dining hall, infirmary, secret tunnels and even a latrine.

The fortress once belonged to the Order of the Knights of Saint John, better known as the Knights Hospitaller. As their name suggests, these knights handled hospitality and hospitals for the many Catholic pilgrims visiting the Holy Land at this time. As opposed to their contemporaries, the Knights Templar, who started as knights and only later became a holy order, the Hospitallers’s infirmary began first, and they were only later militarized into an order of knights.

The independent traveler can easily explore the halls using an audio guide (recorded in 10 different languages) that activates movies at various stations spread throughout the complex. Three walking tour routes wind their way through the site: a longer, a shorter and a wheelchair accessible one.

The newest change in the Knights’ Halls is the addition of various recreations and activities that bring the site to life. Within one of the largest halls, a series of stalls houses period-accurate artisans. You can see a blacksmith at work creating metal tools alongside a glass blower’s more delicate craft work. The perfume maker’s booth might suggest how these people were able to bear the smell in a place and time certainly not known for its hygiene. Other stops show how oil and the various colorful cloths at the time were made.

One of the other recent changes is the return of the refectory, or dining hall, to its original purpose. The hall now offers Crusader-style meals, but the place really comes alive at night, with music, actors and jousting knights in the courtyard. While this all may sound like a run-of-the-mill Renaissance Fair, the truth is that to experience this all in the authentic surroundings of a Crusader fortress raises the level of the activity beyond the mere entertaining to a more authentic recreation.

After visiting the Knights’ Halls, there are many other great sites to visit in Akko connected with the Crusaders. Among others, do not miss the secret tunnel of the Knights Templar, and the site of their former fortress as well.

Dan Carmel Hotel in Haifa – Northern Israel – Check us out >> 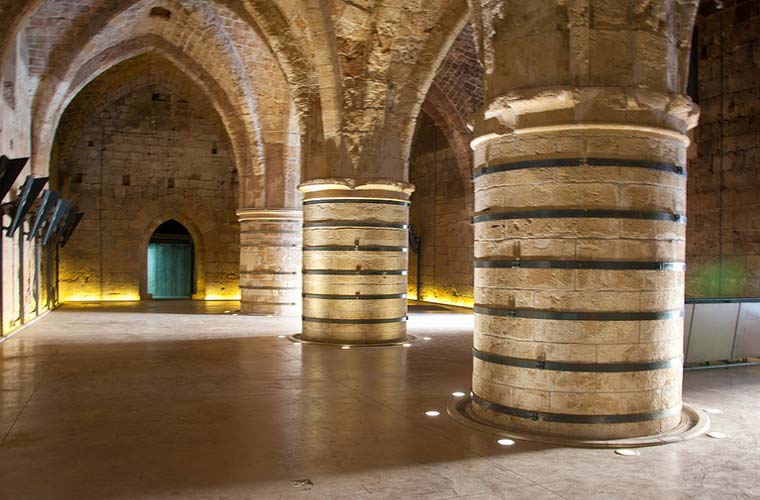