With the possible exception of food, nothing arguably celebrates the diversity of a country more than music. An integral part of any national identity, music evokes nostalgic yearnings for a past gone too soon, and raises optimistic hopes for a future that comes soon enough.

Nowhere is this truer than in Israel, an eclectic hotbed of talent, passion and music styles that continues to satisfy locals and dazzle visitors. 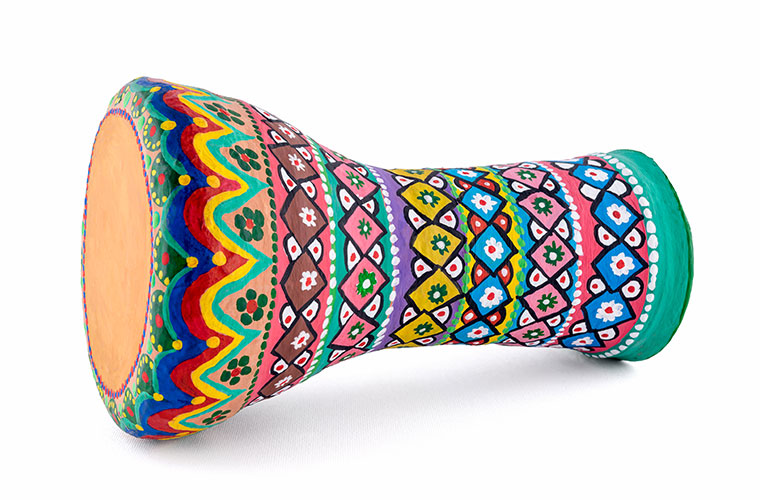 While Jewish immigrants from Europe, Asia, the Middle East brought with their own musical traditions, from Mizrahi to folk, klezmer to Arabic, Israeli musicians have made key contributions to classical, jazz, pop rock and jazz, reflecting the cross-section of Israel’s population and the musical genres they enjoy.

The long journey of Mizrahi music

Mizrahi music, or “Eastern” music, is considered a blended musical style combining elements from Turkey, Greece, North Africa, and the Middle East. Many say the Mizrahi movement in Israel began in the 1950s, with Jewish immigrants from Arab countries living in ethnic neighborhoods of Tel Aviv, performing Hebrew songs in an Arabic style, on traditional Arabic instruments, such as the oud, a North African-inspired pear-shaped ‘guitar,’ and the darbuka, a Middle Eastern drum.

In the 1960s, acoustic and electric guitar gave the sound a more eclectic feel. By the 1980s, synthesizers and electronic instruments found their way into Mizrahi music, moving from the authentic sounds of the late Zohar Argov, known as the ‘King,’ Mizrahi’s answer to Elvis, to popular Moroccan singer Zehava Ben, among many, many others. 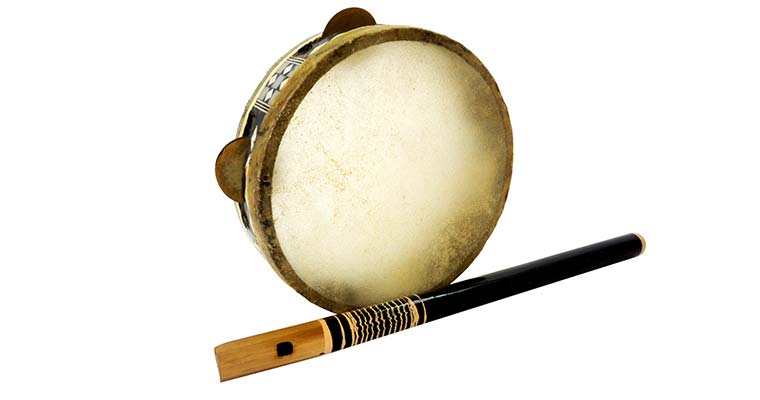 Today, you can enjoy a contagiously joyful atmosphere of the most roaring Mizrahi melodies by artists such as Omer Adam and Sarit Hadad at one of the popular monthly nights at south Tel Aviv’s Arisa nightclub.

While The Oud festival of Tel Aviv has celebrated and cherished the rich and varied sounds of the oud (the pear-shaped guitar) every August since 2003, and since 2000, the International Oud Festival has taken place annually in Jerusalem, this year in November.

The event at Confederation House, close to both the King David Hotel and Dan Panorama Jerusalem, underlines the connection between Jewish liturgical music, Persian classical music and Arab music.

Book your next vacation with Dan hotels in Jerusalem >>

A growing exploration of Arab roots 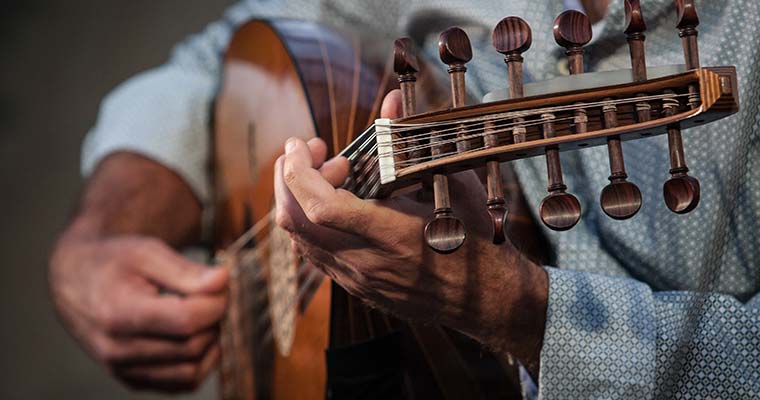 The journey and challenges of Arabic music have mirrored that of Mizrahi music overall. Both genres struggled to take hold, and once the Ashkenazi monopoly had been broken, progress began. In the 1970s, second generation Israelis began to explore their cultural roots in the Arabic world and by the 1980s, some Israeli singers began to sing in Arabic, notably the late Ofra Haza.

Today has seen a slow resurgence. A number of Arabic radio stations. A growing number of venues, such as Anna LouLou, a cool bar and dance club in Jaffa where the DJs vary from Arabic to Persian, to Russian and Israeli.

While local Arabic music had been more visible at weddings and celebrations, times are changing. In 2015, three sisters of Yemenite background made history by sending the first Arabic language song – Habib Galbi – to the top of the music charts, for the first time in Israeli history, a notable milestone in Arabic music.

Klezmer – More than just Fiddling on the Roof 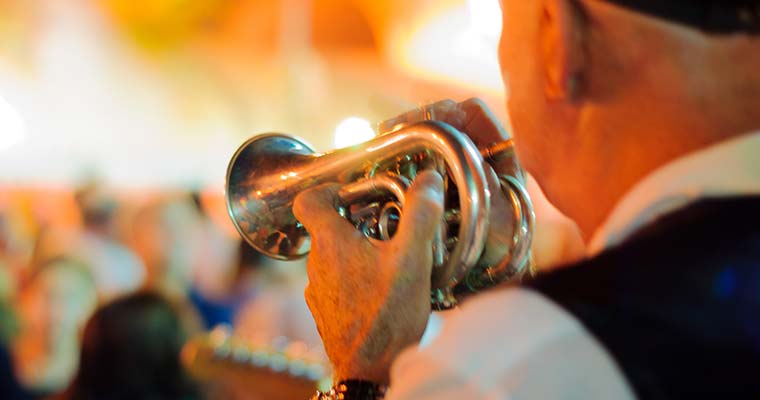 It can be the toe-tapping circle dances like Hava Nagila. It can be the sounds of a violin on the chimney tops in the classic movie Fiddler on the Roof. It can be a clarinet, wailing with the intensity of the blues. Traditional klezmer music is often recognizable but hard to define.

As Mizrahi music was for Sephardi Jews, klezmer was for the Ashkenazi Jews of Central and Eastern Europe. Consisting of dance tunes and instrumental pieces for weddings and other celebrations, klezmer left Eastern Europe as the Jews left the shtetls (small Jewish villages), and, as it did, klezmer spread far and wide, especially across the Atlantic, to the US, Canada, Mexico and Argentina.

After dipping in popularity, the genre enjoyed a revival in Israel and abroad, where longstanding groups like the Klezmatics incorporated with the traditional klezmer with a more upbeat and modern twist.

Today, a separate klezmer tradition had developed in Israel, pioneered by, among others,
clarinetists Moshe Berlin and Avraham Leib Burstein, who founded the Jerusalem Klezmer Association. The JKA has become a center for learning and performance of Klezmer music in the country, and now there are regular events on the festival calendar.

Jerusalem has just held the International Klezmer Festival for the fifth time in a row, this past August at First Station, featuring international and local artists performing authentic klezmer and well as an edgier, more modern style, fused jazz, classic rock and more.

Also in late August, in the northern city of Safed (pronounced Tsfat!), the sounds of traditional and contemporary klezmer echo across the Galilee at the free three-day Safed Klezmer Festival, which has been drawing crowds from all over the country since it began in 1987.

Dancing in the Street – Israel’s love of folk dancing 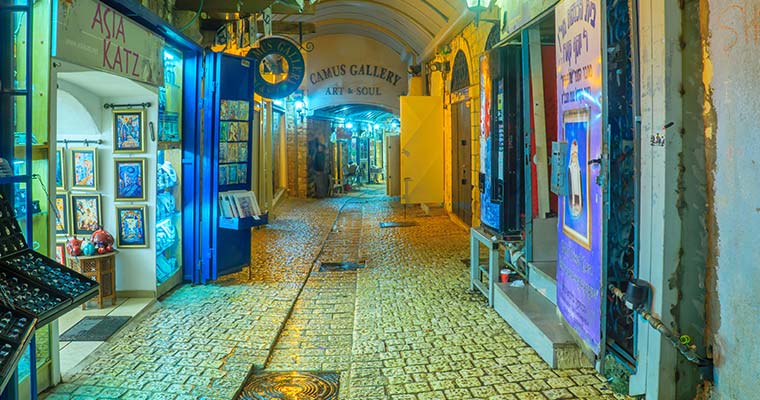 Like Safed, Karmiel, the largest city in the central Galilee, is also celebrating a 30th anniversary. The Karmiel Dance Festival, the country’s largest celebration of traditional folk dancing, continues to break down barriers, bringing communities together, attracting people of all ages, keen to learn and join the circle, partner, line and individual dances.

The festival regularly welcomes more than 200,000 people to the three-day festival, which hosts more than 100 events and performances, pulling in some 10,000 local and international dancers, and is well worth a look for curious visitors.

Taking place in eight venues across the city, visitors can participate in any of the choreographed workshops or beginners’ classes, as well as join the ‘Nostalgic Dancing’ sessions, and witness the spectacular dance companies that visit from the Czech Republic to China, Hungary to India.

Not only does Karmiel celebrate this festival each year, but there is regular Israeli folk dancing every Saturday throughout the country. For many years, Rikudei-Am (the Israeli Folk Dancing Association) has been offering a platform for people to experience folk dancing and music for free at locations throughout Israel.

In Tel Aviv, on Gordon beach, very close to the Dan Tel Aviv, on ‘Nirvana’ beach in Haifa, not far from the Dan Carmel, and at Sportech, in Herzliya, east of the Dan Accadia, and Mall Hayam in Eilat, within a short distance from the Dan Eilat and Dan Panorama Eilat.

Folk and Arabic, Mizrahi and Klezmer feature in a highly eclectic music scene which brims with live jazz and folk, hip hop and classical, rock and pop.

From live performances by new bands starting out to sell-out concerts by well-known global artists, the abundance of the modern and traditional should be of no surprise in a country that celebrates both.