Singing sensation and national treasure Netta Barzilai made history in May after winning Eurovision for Israel for the first time in 20 years. With her mantra of “living her truth,” she won a legion of fans around Europe and was particularly adored by Tel Aviv’s LGBT community, which will also make history on June 8th when it celebrates 20 years since the first Gay Pride in Israel.

Tel Aviv has long been known as Israel’s hottest, most liberal and welcoming destination for the LGBT community and at no time is this more visible during the extremely popular, extravagant and colorful annual Gay Pride Tel Aviv event in June. 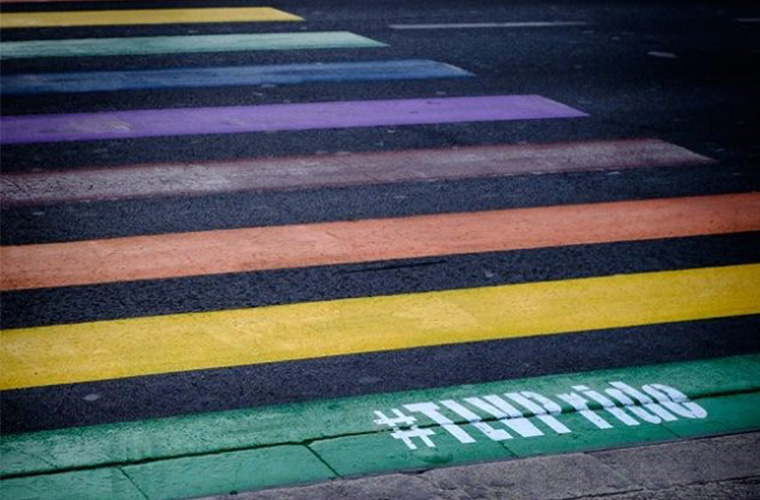 Over 200,000 expected to join Pride
From 100,000 in 2012, Tel Aviv’s Gay Pride 2018 is set to welcome over 200,000 souls from all walks of life, including more than 30,000 tourists from around the world, who come to enjoy the city’s sun-kissed beaches, gay pride parties, bustling restaurants and fascinating cultural events.

The flagship event takes place on June 8th in Meir Park, in front of the city’s Gay Center, which is celebrating its 10th anniversary in the park, from where it facilitates a huge raft of events across the city. Get there early in the morning and you will be inspired by the huge number of social organizations and nonprofits offering help and support to the country’s LGBT community, underlining the heartwarming progress of LGBT rights in Israel.

The parade itself departs around midday with marching groups and creatively designed floats leading the way and winding through the main streets. Put on your sunscreen and shades, make new friends, dance in the streets and marvel at those partying on the balconies above. Take in the splendid and eye-popping views and look out for Netta, who is expected to join the parade.

As it shimmies down the beachfront, the march passes the instantly recognizable rainbow-colored façade of the Dan Tel Aviv and ends at the Tel Aviv’s Charles Clore beach – not far from the Dan Panorama Tel Aviv. It is at this beach where the legendary party continues from 1430pm through until sunset, while at the northern end of the promenade, there are many parties all week at the city’s unofficial gay beach – Hilton beach. 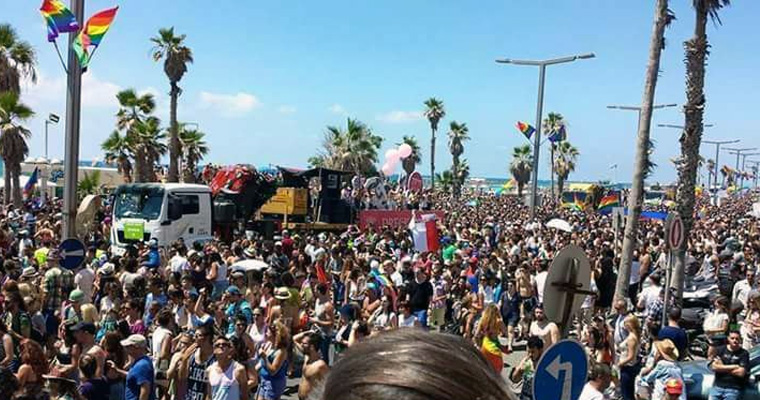 Some of the parade

Liveliest Atmosphere Around
In addition to the beaches, Gay Pride Tel Aviv offers tourists the opportunity to party hard every night for a whole week with live events, bars and nightclubs to suit ALL tastes.
On May 31st, Street Party at Sheinkin is an enormous gathering with live 90s music and shows – a grateful and nostalgic nod of approval to the first Pride event on Sheinkin Street, back in 1993. On June 8th, there is the Forever Massive Main Party at the Tel Aviv Convention Center (“TCC”) where Netta Barzilai will perform.

If you are still standing, come back to TCC on June 9th to experience the phenomenon that is renowned Israeli DJ Offer Nissim.
Check out the theater-style bar Shpagat, near the Carmel Market for a relaxed and social ambiance and for an adrenalin-filled club experience, visit Arisa: Pride at Haoman 17, one of the largest clubs in the city. Meanwhile there is also one remarkable not-to-be-missed Saturday after party at the R&B and hip-hop club Lima on Lilienblum Street. If you plan to attend many of the extravagant round-the-clock parties, you can save money by purchasing an inclusive bracelet.

If you prefer to chill out and enjoy a quieter night, there is a unique opportunity to dive into the LGBT community and appreciate great movies and documentaries at TLVFest, Tel Aviv’s International LGBT Film Festival is a unique annual event taking place each June at the Tel Aviv Cinematheque. Now in its 13th year, the festival coincides with Gay Pride Tel Aviv and takes place between May 31st and June 9th, unveiling a schedule of intriguing and enjoyable movies and documentaries that challenge, inspire and entertain. 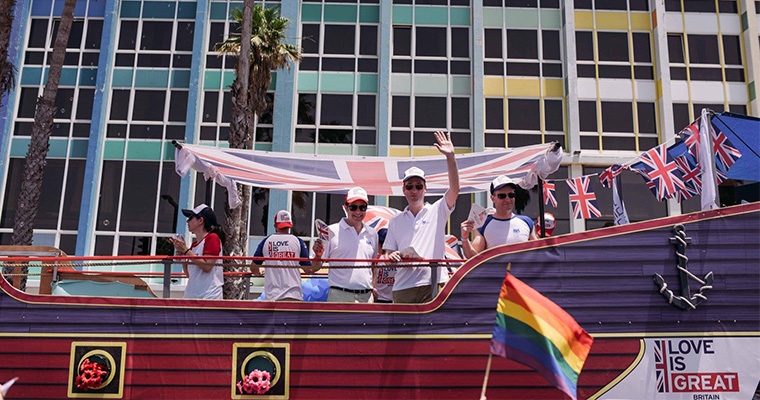 We invite you to stay at either of the two Dan Hotels in Tel Aviv to enjoy Gay Pride Tel Aviv. Come and say hello at our float, co-sponsored with the British Embassy. To celebrate this year’s theme – generations – we have helped to create a float celebrating British music icons, who have helped to bring generations together.

And as Tel Aviv comes together to celebrate another remarkable milestone in LGBT history, the Dan Hotels, with its own values of Professionalism, Respect, Integrity, Dedication and Excellence, could not be prouder.