Feasting in the Galilee with The Druze

Druze communities have lived in northern Israel for centuries. They keep their religion secret, but historically, we know it’s a unique offshoot of Islam. They’re strongly family- and community- centered. Hospitality to visitors is an important principle in Druze culture. Today’s Druze are equal, valued, and patriotic citizens of Israel. Many Druze men chose careers in Israel’s army and police force, rising to key positions and Israel’s parliament, the Knesset, has a Druze member. 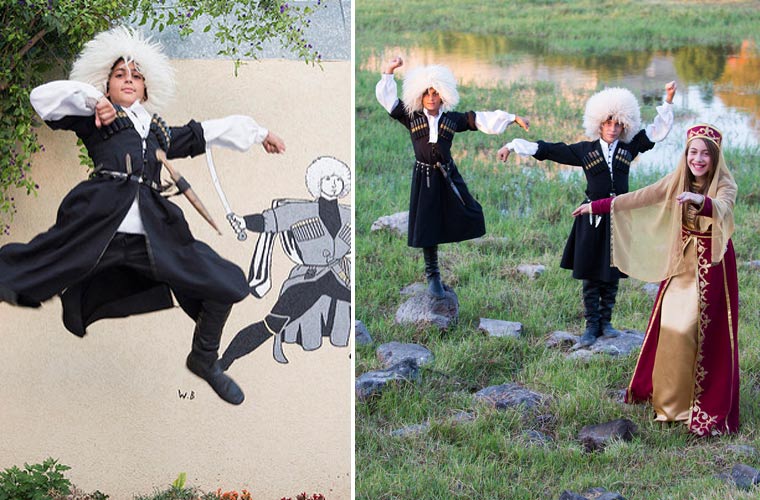 The charming Druze villages show a nostalgic fondness for the old, agricultural life. Street murals depict veiled women grinding grain in a quern, shepherding goats, or watching cattle drink from a trough set in an olive grove. The veils and olive groves remain, but the Druze way of life is thoroughly up to date. Inside the old stone houses, each with its flower garden in front and fruit trees in back, modern living rooms and kitchens allow your hosts to dispense proud hospitality in comfort. There may even be a stack of wood in the patio for a fireplace. You might glimpse a Druze elder walking up a steep street, classically wearing a white turban, curly mustache and baggy pants, but he’ll have a cellphone in his pocket.

And while you’re touring the Galilee, stay at one of our hotels, the Dan Carmel Haifa or the Dan Panorama Haifa. Either is within easy driving distance – and divinely comfortable.

Traditional foodways are slipping out of everyday Druze life as youngsters prefer hamburgers to traditional foods like pastries filled with wild herbs, stuffed vegetables, and meatballs cooked in tahini. It’s the grandmothers who keep the old recipes and the memories and are only too proud to dispense their knowledge. 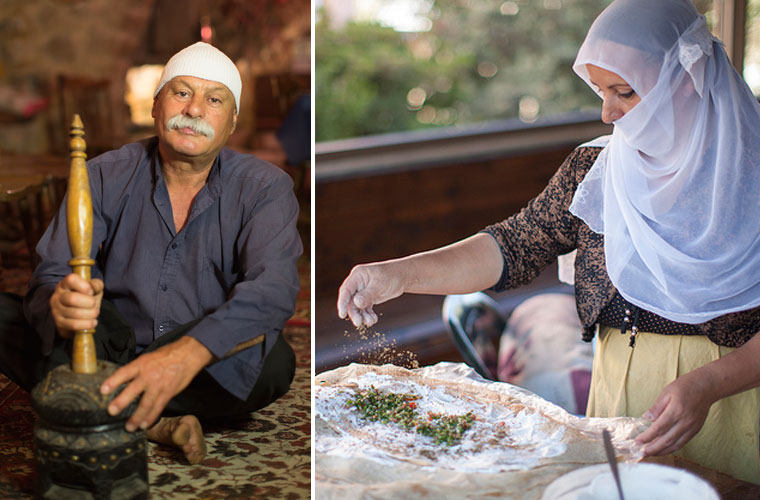 Luckily, an Australian chef with a passion for the ethnic cuisines of the Galilee organizes workshops in which these grandmothers teach visitors traditional foods. Paul Nirens’ Galileat organization provides Druze women with an independent livelihood, and offers tourists a glimpse of this exotic community – and how they eat. You may be treated to a field trip where you’ll forage wild mallows and learn how to pare down thistle stems to uncover the succulent inside part. Then you take your harvest to your hostess’s kitchen and with her, cook up a feast.

Add oil and mix well. Add as much water as needed to make a smooth dough.

Knead dough at least 15 minutes, until it’s smooth and soft.

Cover and allow to rise in a warm place. 15 minutes is enough.

Divide dough into balls a little smaller than fist size.

2 tablespoons canned harissa – more or less, depending on desired degree of spiciness.

Chop spinach as small as possible. Place chopped spinach in a large bowl and “knead”, in order to break down the cells and release all the liquid. After 5 minutes of kneading, rinse spinach in water and working in batches, squeeze out all the liquid. The spinach should be almost pulpy. Add finely chopped onion and spices. Mix well and correct taste.
Preheat the oven to 180° C – 375° F.
Roll out each dough ball into a thin circle. Add filling in center of circle and close over, one edge over the other, to make a triangle. Press the edges well so the filling won’t leak out. Prick each pastry once with a fork in order to allow air to escape during cooking.
Lay the f’tir on a well-oiled or parchment-lined oven tray. Do not allow uncooked f’tir to touch each other. They will stick to each other and the dough will rip. Bake 15 minutes or until the pastries are golden-brown. 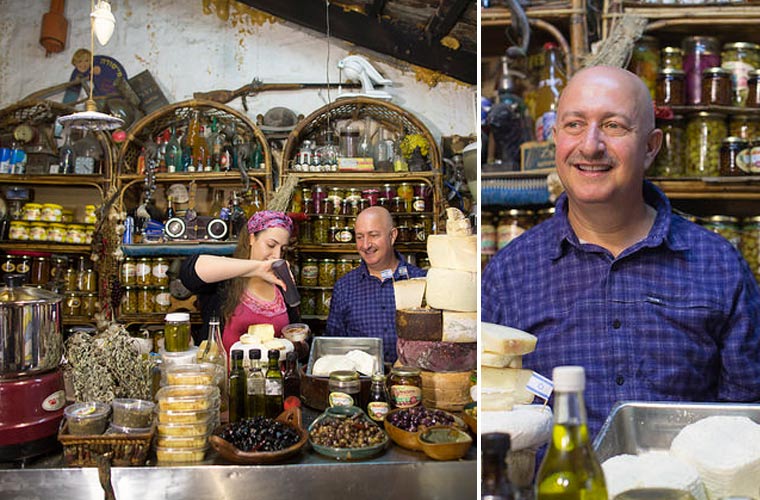