A Sweet New Year and Time to be in Israel 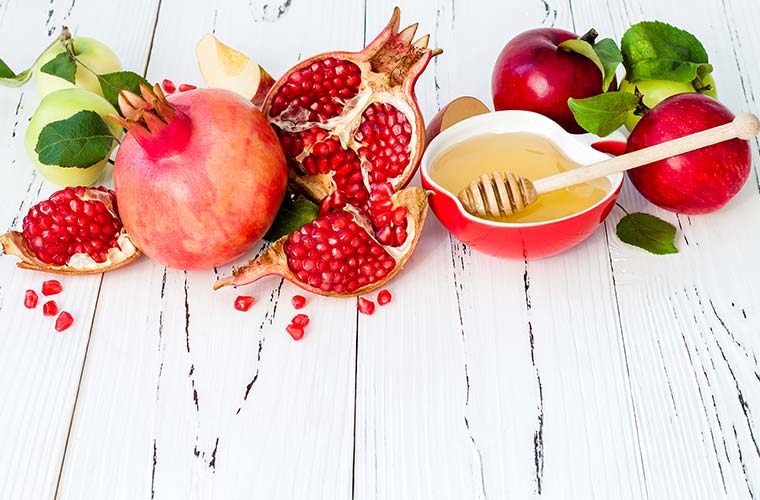 Another year, another shekel. As time seems to march on by, before we know it, the High Holiday season is upon us again. Like waiting for a bus, you wait ages and then they come, one after the other.

And no Jewish festivals more than Rosh Hashanah and Sukkot encourage reflection, gratitude, togetherness and change…. not to mention food. And plenty of it.

Rosh Hashanah isn’t just about being new, it’s about a change

As the particularly high temperatures of the summer subside, the high holidays in Israel is a cooler and perfect time of year to visit. This year, starting at sundown on September 20, Rosh Hashanah, or Jewish New Year, arguably tops the charts as one of the most significant holidays in the Jewish calendar.

It is a time for coming together, to reflect about the year that just passed, ask for forgiveness, and think of the year ahead. In bakeries all over Israel, you will see rounded challah (braided sweet bread made for Shabbat), symbolizing the yearly cycle and circle of life, and many other sweet traditional foods, including cinnamon apple pancakes, apple pie and coffee cakes, and much more. 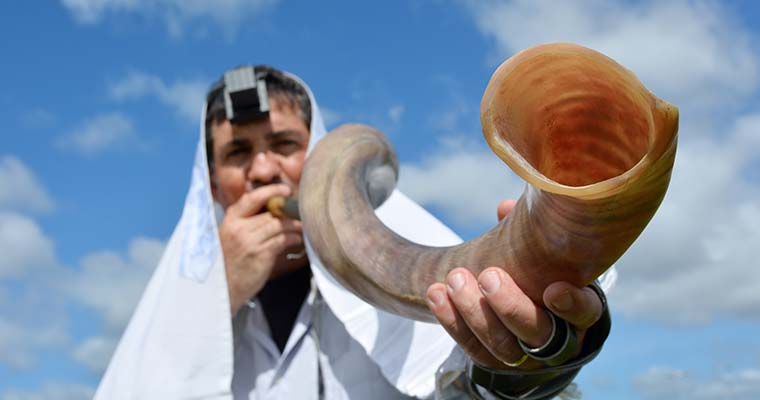 The festival’s traditions focus on both the synagogue and the home. For those attending the one of the many synagogues, such as the all-inclusive Tel Aviv International Synagogue, it is truly an amazing experience.

To visit the Western Wall (the Kotel) in Jerusalem, close to the King David Jerusalem and Dan Panorama Jerusalem, the experience is unparalleled. The major soul-lifting highlight is to hear the shofar, (ram’s horn) that is blown during the prayer services – like a spiritual alarm clock to awaken us from our slumber.

All of Dan hotels in Jerusalem >>

Wishing family, friends, colleagues and strangers a sweet and fruitful new year is widespread, as is the dipping of apples, and bread too, in honey to signify the sweet new year ahead. Pomegranates are also eaten.

An ancient Jewish symbol of fertility, the fruit is eaten as much for its symbolism as its taste. May the year ahead be fruitful and contain as many seeds as the pomegranate, which apparently, according to some, contains 613 seeds – the same number of good deeds, or ‘mitzvot,’ listed in the bible.

It is typical to bring Rosh Hashanah gift baskets (often including wine, jams, chocolate, dried fruits, and honey) to the homes of friends and family where large homemade meals are the hallmark of the holiday. Main courses often include the head of a fish – to encourage being at the “head”, not the “tail,” in a world facing a crisis of leadership.

The style of cuisine varies from community to community. For example, in Moroccan households, a spicier fish dish is often prepared with saffron, turmeric and garlic while Ashkenazi Jews (those from Central and Eastern Europe) may opt for grandma’s traditional gefilte fish, served with small slices of carrot on top. For dessert, honey cake or apple pie are popular traditions.

The Dan Hotels has long been involved in maintaining and adding its own traditions, providing a unique and memorable experience for guests. The Dan Tel Aviv, for example, will host a big traditional meal, with chazzan (cantor) singing and performing the Rosh Hashanah service.

Dan Hotels to find out: -maybe info on chazzan who might be conducting service, or will check for previous years menus if they don’t get this year’s yet
The chefs at each of the 13 hotels prepare a special traditional, kosher New Year menu to offer guests from near and far, a sumptuous menu, wishing them a pleasant stay in Israel, and a sweet and prosperous year ahead.

Sukkot – one of the most joyful times in the Jewish calendar

No sooner has Jewish New Year ended, and forgiveness been requested, you will find many of Israel’s residents eating again in a sukkah, a temporary outdoor gazebo or hut built hastily for the colourful festival of Sukkot, or Feast of the Tabernacles. Coming 15 days after Rosh Hashanah, Sukkot is considered one of the most joyful times in the Jewish calendar.

The seven-day festival (eight days outside Israel) marks the end of the harvest time and celebrates the bounty provided by the agricultural year. It also commemorates the biblical exodus from Egypt, with the sukkah meant to evoke the tents and shelters used by the Israelites as they wandered through the desert towards the Promised Land. 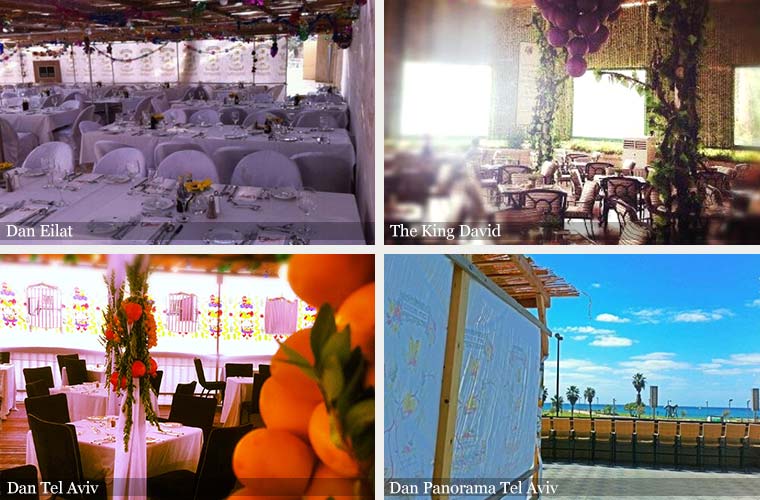 Today, the sukkah also promises joy. It is a temporary ‘home’ during the period, predominantly for eating meals and socializing, but also, for some, sleeping. The three-walled structure has a roof decorated with branches, fruits, pictures, and flowers, with gaps left so you can see the stars.

Walk through the streets with your camera and you will some creative sukkahs in yards and on balconies, with the one of the largest expected to be in front of Jerusalem’s City Hall in Safra Square.

Traditional meals vary between the Ashkenazi and Sephardi communities and from family to family, but one common tradition to celebrate the abundance of the harvest is to eat a variety of stuffed foods. Cabbage, grape or vine leaves, squash and bell peppers stuffed with rice, herbs and meat are common.

At all the Dan Hotels, a temporary sukkah is constructed and beautifully decorated, in which guests can eat their holiday meals from another tailormade menu aimed at leaving your stomach, and your soul, enriched complete and ready for the year ahead.

For sweet new deals at the Dan Hotels over the High Holidays, visit Dan hotels deals >>