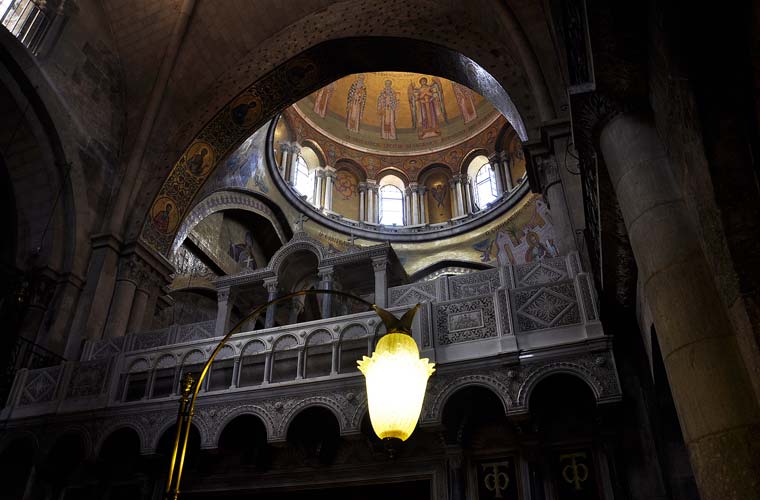 Since the Christian segment of Jerusalem’s population is such a minority in comparison to Jews and Muslims, it is sometimes easy to overlook the fact that the city is Christendom’s holiest site. From Jesus’ early visits to the Temple as a child, to the miracles he performed later in life, Jerusalem is closely tied to Jesus’ biography as described in the Christian Bible. All before we even consider Jerusalem’s significance as the spot of the crucifixion, burial, resurrection and ascension of Jesus.

Thus, the city attracts well over a million Christian visitors each year to visit the numerous monumental churches, monasteries, Christian holy sites and Christian institutions. Of course, with so many different Christian denominations in the world, many significant spots have multiple churches that mark specific events in Jesus’ life, while some of the other major sites have shared custody between different denominations.

All of this can be confusing to the average tourist, so I plan to demystify Christian Jerusalem in a series of posts focusing on the different main areas of Christian interest in Jerusalem. In brief, it will highlight many of the most important Christian sites (though certainly not all of them) throughout the city.

In this first post, we concentrate exclusively on sites within the Old City walls. Look out for future posts which will address sites on the Mount of Olives, Mount Zion, Ein Karem, outside Damascus Gate, and other areas. 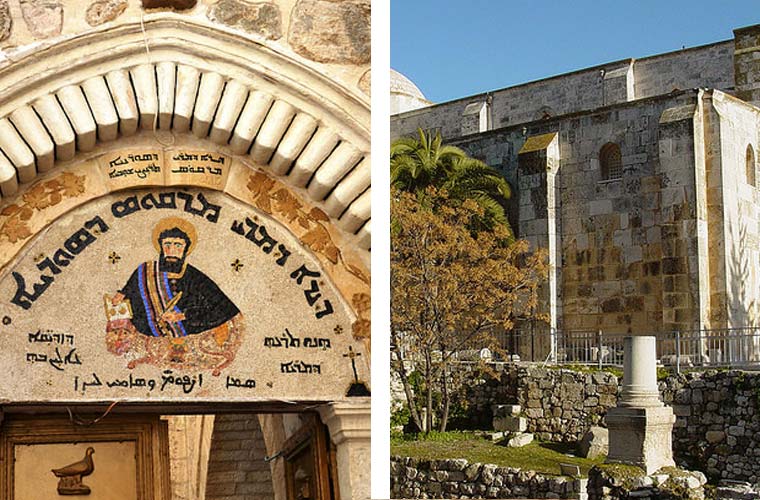 The heart of Christian Jerusalem is obviously the Old City, the part of Jerusalem that existed during Jesus’ lifetime. As such, there are churches and chapels inside the Old City walls from nearly every branch of Christianity, including some from small, lesser-known denominations. Some of the most significant sites are :

Church of the Holy Sepulchre

The holiest church in the world to the majority of Christians, this church has shared custody among 6 different Christian sects: Greek Orthodox, Catholic, Armenian, Syriac, Coptic and Ethiopian Christians. One of the original churches built by St. Helena in the Fourth Century, this stately and complex structure houses many small chapels and shrines, including altars marking the spots of the crucifixion, the burial and subsequent resurrection.

Primarily a Catholic route, the “Way of Suffering” has physical stops marking the 14 Stations of the Cross. Starting in the Muslim Quarter with a site dedicated to the trial of Jesus by Pilate, the Via Dolorosa winds its way through the Muslim and Christian Quarters to end within the Church of the Holy Sepulchre. Though not an official station, the Ecce Homo arch is also found near the beginning of the route. It is traditionally associated with the spot where Pilate presents Jesus to the citizens of Jerusalem.

Looking for a place to stay in Jerusalem? Check out the King David luxuirious accomodation

One of the only remaining Crusader-era churches built in the Holy Land, St. Anne’s is situated in a large compound near the Lion’s Gate (also known as St. Stephen’s gate). Known for its excellent acoustics, the Catholic church is dedicated to Anne and Joachim, Mary’s parents. Also on site are the Bethesda Pools – associated with the miracle in which Jesus healed a lame man – as well as remains of earlier Byzantine and Crusader churches. (can one visit inside at all times? Maybe link back here to more details on a website for timings? – same goes for all of them)
Christ Church and the Church of the Redeemer
These are two of the more significant Protestant churches in the Old City. Christ Church, near the Jaffa Gate, was the first Protestant church in the Middle East. It was originally the seat of the shared Anglican and Lutheran Bishopric until the Lutherans built the Church of the Redeemer in the late 1800s. The Church of the Redeemer, near the Holy Sepulchre, also includes a tall bell tower with an amazing view of the city, as well as some relatively new archaeological excavations beneath the church itself.

The most important Armenian church in Jerusalem, St. James is also the seat of the Armenian Patriarchate of Jerusalem. Built nearly 900 years ago, the church is the major structure inside the walled compound of the Armenian Quarter and is dedicated both to James the Greater (greater or GREAT?_ (one of the Twelve Apostles) and James the Just (brother of Jesus).
Lesser Known Churches
There are tens of churches from many different Christian denominations. These include churches belonging to the Syriac, Greek Catholic (Melkite) and Armenian Catholic sects.
Maybe make a closing comment like ‘Jerusalem itself is filled with other sites of Christian interest, look out for further posts on other areas….” Or something – I find it ends a bit abruptly 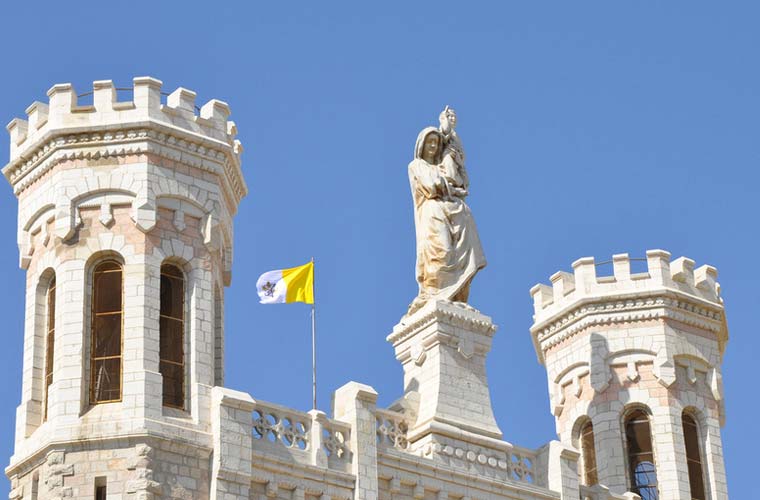