Whether you choose the old-school ‘Chanukah’ or the more mainstream ‘Hanukkah,’ the proper spelling of the Jewish Festival of Lights turns into a matter of preference and mass appeal – much like Chanukah’s main tradition – the fried jelly donut, or sufganiyah, in local lingo. And this year, there is an even greater explosion of culinary creativity on display in bakeries around Israel, with imagination the only limitation… 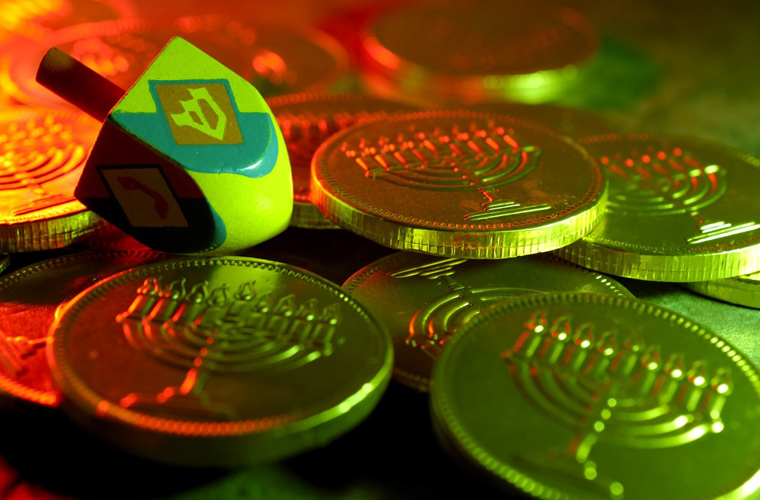 Personal favorites of donuts have been known to divide loyalties, separate families, and bring down empires, and the festival of Chanukah indeed dates back to the Syrian-Greek empire, which ruled over the Land of Israel more than 2,000 years ago. Syrian King Antiochus took over the Second Temple in Jerusalem, banned Judaism and ordered an altar to Zeus to be built. A Jewish rebel army called the Maccabees successfully rose up against their Greek-Syrian oppressors in the Maccabean Revolt of 167 BC. When rededicating the temple, they found only enough oil to burn for one day, but miraculously the candles stayed alight for eight days.

Today, the festival is celebrated in a myriad of ways, and, according to the Jewish People Policy Institute, a Jerusalem-based think tank, 42% of Israelis attend a show, 64% give Chanukah ‘geld’ or money, 73% light a candle each of the eight nights on the nine-branched menorah or ‘hanukiah candelabrum, and 79% eat donuts! 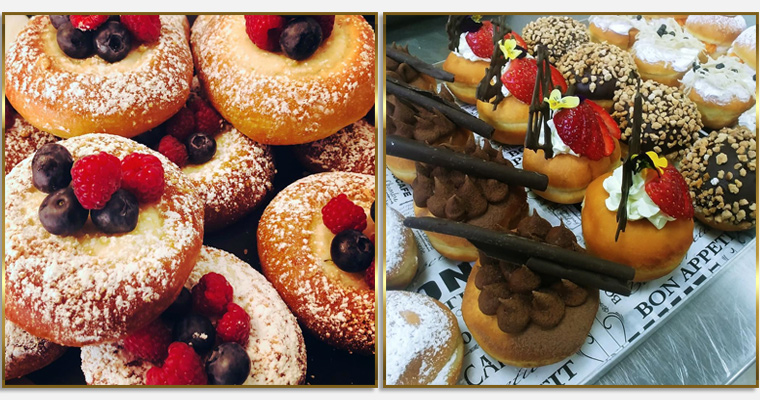 Unlike the Maccabees’ victory, the battle between Israelis’ love of fitness and the adventurous selection of donuts on offer proves one battle too far, and visitors too should join the locals in embracing this tradition at any of the donut temples around. One of the most popular meccas is the luxurious chain, Roladin, a time-honored tradition since it opened its doors in 1987. The brainchild of brothers Kobi and Avi Hakak, and now with almost 80 branches nationwide, their extensive Chanukah menu contains wild and bold combinations of sufganiyot – such as Royal Lindt stuffed with Lindt chocolate cream and dusted with almonds, the extremely tempting violet cheesecake donut, topped with blueberry crème (which I totally recommend!), and the seductive yellow sunrise with crème mascarpone, pineapple mango marmalade, and coconut shavings.

There are a number of branches across the country, including right next to the Link Hotel & Hub. Round the corner from the Dan Tel Aviv, there is another major chain – Boutique Central, where the donuts are baked, not fried, but dish up outstanding brioche donuts filled with custard, chocolate, caramel, Nutella or traditional strawberry jam. Just over a kilometer from the alluring Dan Carmel Haifa lies the finger-licking freshness of the 10-store Shemo bakery chain, where the high standard of donuts owes much to the quality baking ingredients used by owner and professional pastry chef, Miki Shemo. A gentle walk from the Dan Panorama Tel Aviv is a donut oasis in Jaffa that is very real – in the shape of the swanky Milk Bakery in Jaffa’s Flea Market. Here, innovative and decadent sufganiyot will leave you very popular with friends and family. With the konditurie in all the Dan Hotels working hard to delight and surprise guests with new flavors and combinations, our in-house donuts have become stars in their own right. 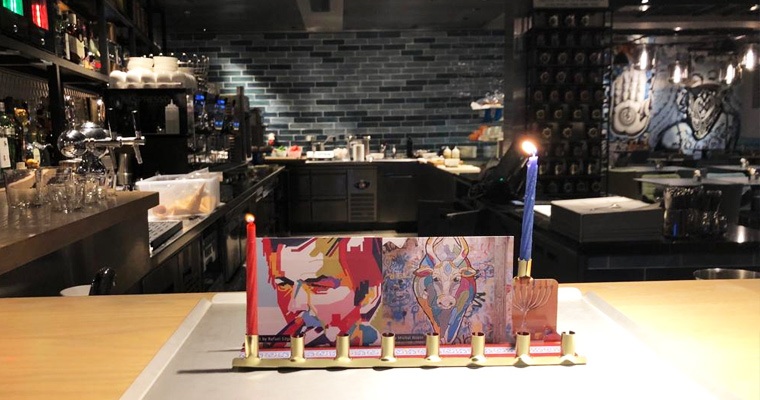 Celebrating Hanukkah, with the first candle of Hanukkah at Link Hotel & Hub

If you grow tired of sweet, the miracle of oil extends to savory too, with the eating of the traditional latkes. Derived, via Yiddish, from the Russian word ‘oladyi,’ meaning small pancake, latkes are shallow-fried potato pancakes, which, at Chanukah, often receive a special makeover! From colorful vegetable latkes to sophisticated cheese latkes, with scallions and feta cheese, the taste is as miraculous as the effort required in their preparation. If you still want sweet, you can learn how to serve up Chanukah candy latkes.

While it can feel like most festivals revolve around food, and they do, there are many other traditions to enjoy. Watching the public lightings of Chanukah menorahs in main public squares is truly special. Kikar Rabin in Tel Aviv is well attended and the Western Wall in Jerusalem’s Old City, close to the Dan Jerusalem Hotel and King David Hotel, is a unique moment for visitors to savor, with the menorah lit in the presence of leading dignitaries and rabbis, late afternoon on each day of the Festival. 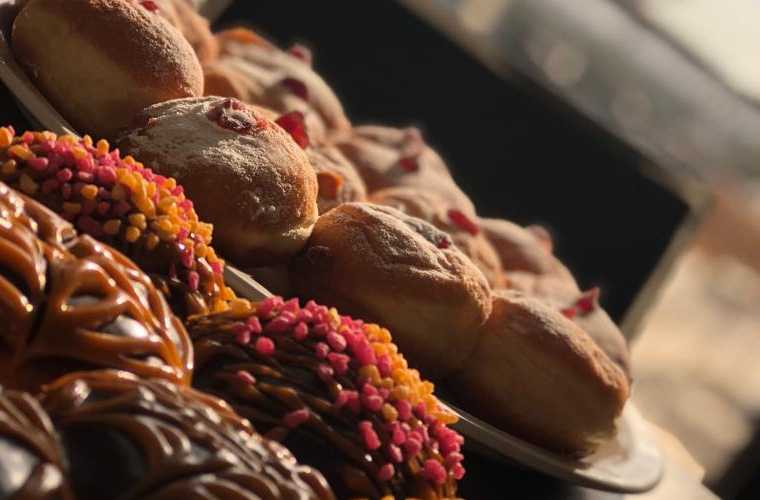 The Konditurie in all the Dan Hotels working hard to delight & surprise guests with new flavors & combinations- Hanukkah at Dan Jerusalem Hotel.

Enjoy games such as spinning the ‘dreidel’, a four-sided plastic or wooden spinning top, with four Hebrew letters printed on each side. The four letters form the acronym of the phrase: “Nes gadol hayah sham,” meaning a great miracle happened there – referring the Chanukah miracle of the oil. Legend has it that learning Torah was outlawed by the enemy, and so children were forced to study in secret. If the Greeks came calling, the pupils would pull out their spinning tops and pretend to be playing a game.

While you will thoroughly revel in all these games and traditions of Chanukah, you will inevitably feel grateful that the oil lasted no more than eight days. Alongside pineapple mango marmalade, that, in the end, may be the real miracle.