Dan Hotels Israel Travel and Tourism Blog > Dan Hotels > Israel – The Place for All Seasons, but when best to visit?

Best time to visit Israel is always! ‘Winter, Spring, Summer or Fall, all you gotta do is call, you’ve got a friend.’  These lyrics from a Carole King song apply flawlessly to Israel, which, come rain or shine, and there is very little rain, has an abundance of fascinating places and activities to keep you enthralled. But when really is the best time to visit Israel? 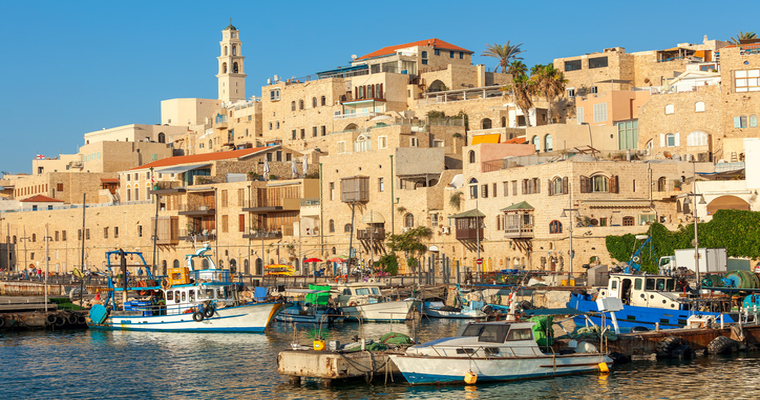 Spring is in the Air

It’s hard these days to accurately predict weather patterns but there are some general truths and noticeable differences between the seasons, and between March and May, Spring is a great time to visit Israel. Without the intense humid heat of the summer months, warm air, pleasant temperatures and fewer crowds make Spring one of the best times to visit Israel. For example, explore the port of old Jaffa with its ancient Alleys and first port to the world.

This incredible weather is also an ideal time to take in breathtaking scenery such as Masada, an awe-inspiring ancient fortress in the Negev Desert, built by King Herod. From the base of the fortress, the Masada Snake Path, one of the iconic hikes in Israel. If you want to pick up the pace, the largest marathon in the country, the Jerusalem Marathon takes place in March, welcoming thousands of visitors.

Relax afterwards at one of the four luxurious Dan Hotels in the holy city, including the flagship King David Hotel. 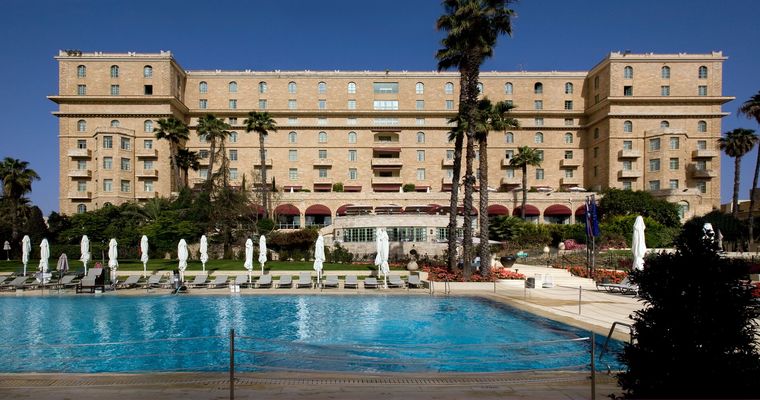 If you want to slow right down to a walk, the Tel Aviv Zombie Walk celebrates the Jewish festival of Purim in March, a cross between Halloween and Mardi Gras with a week-long celebration with street parties and festivals across the country, highlighting the country’s infatuation with fun and costumes.

Every spring in northern Israel, the Hula Nature Reserve, once 15,000 acres of swampland, becomes a site of worldwide significance for water birds and a most important wetland reserve in the Middle East – the best place to do bird spotting in Israel, and one of the best in the world due to its location on a major migration route for birds traveling from Europe to Africa and Asia.

Between the peak summer months of June and August, Instagram is heaving with glamorous photos of beach life in Israel. From volleyballers in Tel Aviv to surfers up and down the coast, with stunning Herzliya and charming Netanya in between the elegant and historically relevant Caesarea. The coastal cities in this tiny country offer you fantastic opportunities to return home bronzed and healthy, enjoying the sandy coastline and warm dips in the Mediterranean Sea, with the strategically located Dan Caesarea allowing you a vantage point from which to explore.

While temperatures soar in these months, it can also be the ideal time to take in some of the best water parks. Israel’s largest water park, Shefayim opens from May and covers 24 acres and includes an adventure and paintball complex, while Aqua Kef is Israel’s first and only floating water park on the Sea of Galilee, open from March of each year.

June sees Jerusalem host The Israel Festival, an internationally recognized festival showcasing high-quality productions in dance, music, drama and performance theater from all over the world, as well as original Israeli productions and free outdoor performances for the general public. 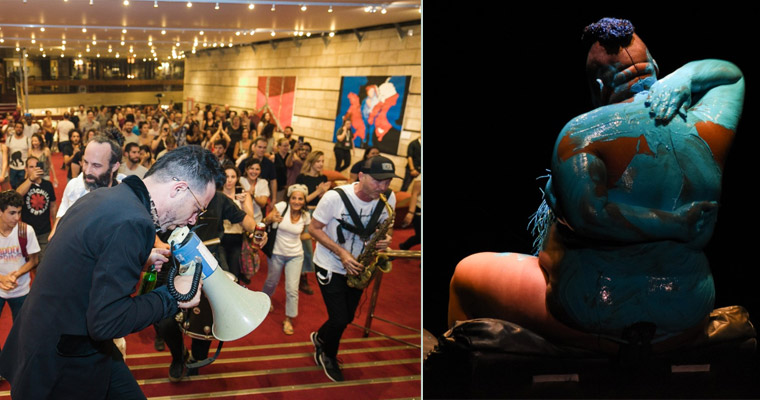 Pictures from The Israel Festival, Jerusalem.

Take the half-hour fast train over from Jerusalem to Tel Aviv, which welcomes more than 200,000 visitors for the city’s incomparable Tel Aviv Gay Pride Week, with an extensive range of parties and events to cater to the broadest tastes. 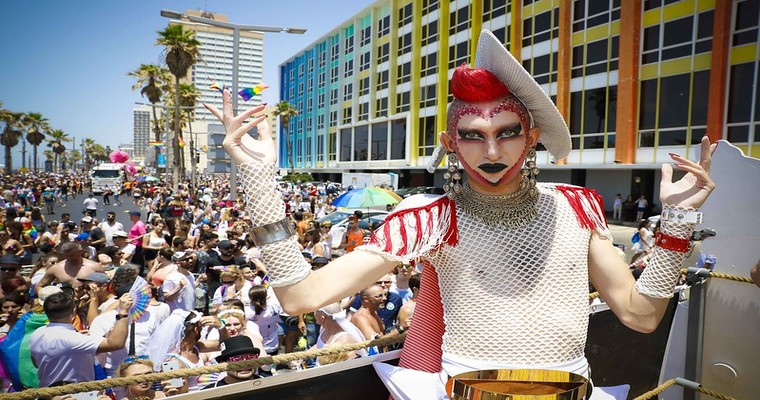 Falling For You, Israel

Between September and November is Fall as cities bid farewell to many of its peak season visitors. As hotel tariffs begin to fall, you can still find hugely attractive rates at the Dan Hotels. As the mercury slips back to a more comfortable warmth, October is a charming month to visit, with lower temperatures and fewer crowds. Pay attention to the festival calendar at this point, though, as certain sites may have limited opening hours during any of the main Jewish, Christian or Muslim holidays.

In the fall, the Jewish festivals arrive like buses. One after the other. Rosh Hashana (Jewish New Year) and Yom Kippur (Day of Atonement), two of the holiest days in the Jewish calendar, arrive in September, with the Sukkot (Feast of Tabernacles) following shortly after in October. While on those few days, many attractions are closed, it is still a fascinating time to witness the eerie silence as the whole country grinds to a halt for Yom Kippur and children and adults ride their bikes down empty highways and boulevards. Seize this opportunity to fully relax, and float in the Dead Sea, the lowest place on earth and with the highest mineral content of any body of water. The arid desert surrounding the area is both beautiful and archaeologically significant, so there is much to do in the vicinity. Float in the salty water of the Dead Sea.

Although hard to believe, Israel does have a winter. From approximately December to February, you will find that Israelis have packed away the shorts and vests and are wearing jackets or long sleeves! Hardly a north European or Canadian winter. The weather is wilder, rain will fall in January and you will even find skiers on the snow-capped Mount Hermon, in northern Israel, just hours from the country’s sandy beaches.

Check out some great winter vacation Deals in Israel >> 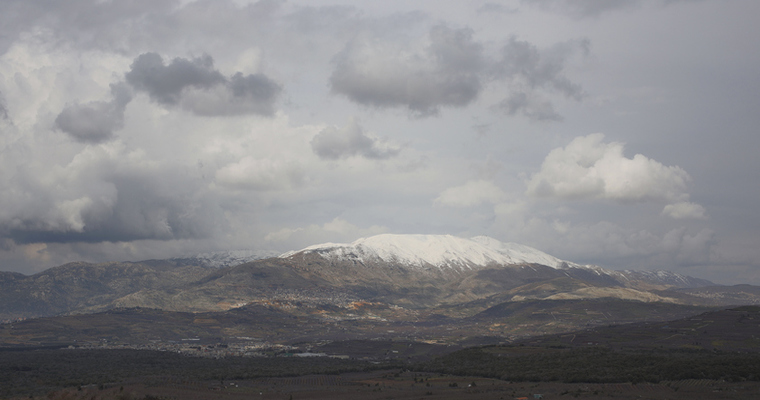 The country’s bakeries see snow too, well sugar, on the donuts as the festival of Chanukah comes to town. Christmas visits to Jaffa, Jerusalem and Nazareth are beyond special for Christian visitors. With Jerusalem chilly and hilly, this is a superb time to head down south to Eilat for warmer, drier weather and to enjoy snorkeling, scuba diving, swimming with dolphins, Coral World Underwater Observatory Marine Park and other exciting outdoor activities. 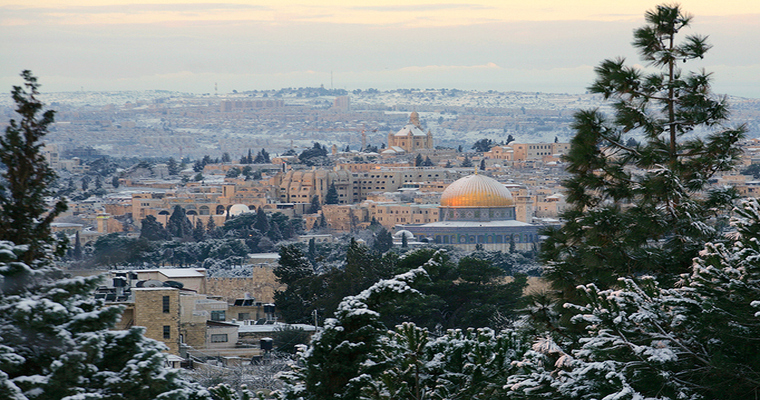 Domes under the snow in Jerusalem.

While the weather may vary somewhat, with some careful planning, you will for sure find a friend in Israel. Carole King was right.