Ports and Marinas in Israel that offer more

There is nothing like the open sea to make you feel like you’re really on vacation. And if you want a break from sunbathing, sandcastles and surfing, there is no better place to enjoy the sea than the lively fishing ports and entertaining marinas, dotted along Israel’s Mediterranean coast. Here, we take a look at our particular favorites where locals and tourists mingle, people watch and enjoy sumptuous Middle Eastern food… 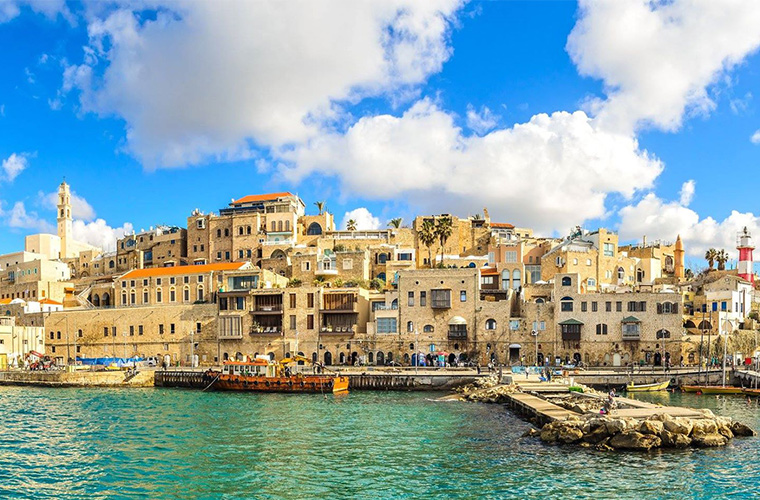 One of the oldest ports in the world is Jaffa Port From the story of Jonah and the Whale, to the home of Jaffa oranges, this unique Israeli city enjoys a checkered history dating back more than 4,000 years. From the Canaanite period until today, the port operated almost continuously, and it gave Jaffa its historical status as a central city in the eastern Mediterranean. For thousands of years, the port served fishermen, sailors, merchants, pilgrims, conquerors and immigrants, who passed through, and today, the port continues to operate as a fishing port and is a major hub for a variety of cultural, recreational, commercial and tourist activities. Within walking distance from the Dan Panorama Tel Aviv, Jaffa Port teems with life and culture, from art galleries and bookstores to nightclubs and restaurants, such as The Old Man and the Sea, a lively institution on the culinary circuit, widely loved for its speedy service, huge portions and friendly service, while The Container is a fabulous venue for a chilled vibe, delicious food and sunset views.

From Jaffa Port, there are stunning views of the Tel Aviv skyline, immediately to the north. You can enjoy a slow walk along the six-kilometer promenade, passing the luxurious hotel Dan Tel Aviv with its iconic rainbow-colored façade, before reaching the buzzing Tel-Aviv Port – or the ‘Namal Tel Aviv’ in Hebrew.’ Founded in 1936, the Tel Aviv Port enjoyed a glorious heyday as the largest in the country, but as containerized shipping became the standard way of transporting goods, bigger ports were built in Haifa and Ashdod, the port in Tel Aviv became derelict. Today, restored and renovated, Tel Aviv Port is one of the hottest places in town, busy with people socializing in coffee bars or browsing through luxury stores. While in the daytime children play on the wooden decks or ride the merry-go-round, in the evening an older crowd enjoy the fancy restaurants and trendy nightclubs in the old hangars used for storing goods, such as Jaffa oranges and other citrus fruits, once the main export of the time.
Often compared to London’s Borough Market or Barcelona’s La Boqueria, the indoor Food Market located at Hangar 12 dishes up incredible olives and an array of exceptional food, while Yulia at Hangar 2 serves classic local menu, including schnitzel and potatoes and Israeli salads.

Tel- Aviv Port- One of the hottest places in town. (Credit: Guy Yechiely)

Further up the beautiful coast, and with a splendid view from the Dan Accadia, is the chilled and romantic atmosphere of Herzliya Marina, considered the largest marina in Israel. Built in the 1970s, the marina and its dock are packed with small boats and yachts, and since 1995 it has hosted hundreds of sailing vessels from around the world every year. While you can charter boats for short cruises, you can also stay on dry land and look through the leading fashion and jewelry brands at the elegant shopping mall or enjoy a delightful meal at the extremely popular phenomenon that is SegevArt, a gourmet restaurant by Moshe Segev, one of the most popular chefs in Israel. Bringing culinary combinations from around the world, SegevArt offers an eclectic menu of fish or meat dishes with a local and artistic twist. 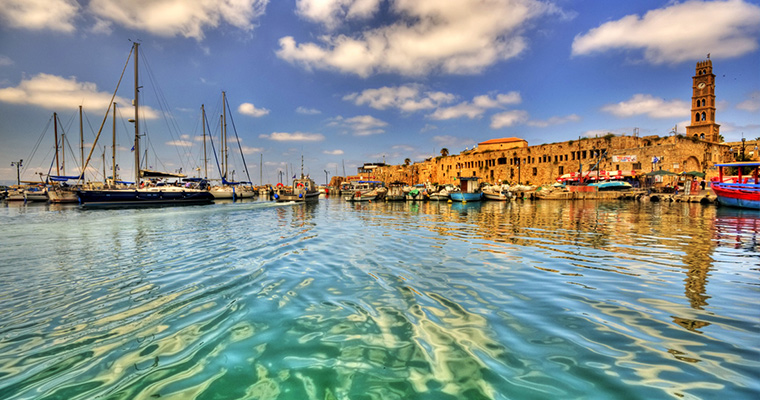 For two thousand years, Acre (or Akko Port) was the main port for the entire region. From the classical age until the medieval period, it served as a significant, bustling docking point. An essential port since the Crusader period, Acre was eventually replaced by Haifa, which became the largest of Israel’s three international seaports and one of the largest ports in the eastern Mediterranean. Although no longer commercially active as a port, Acre remains a mesmerizing place to visit, with its quaint, tranquil fishing harbor lined with old fishing boats, offering a breathtaking view of Acre’s old city and its ancient city walls. A mixed city of Jews, Muslims, Christians, and Druze, it is also the holiest city of the Bahá’í faith. Extremely close to the port are a large number of restaurants reflecting this diversity. At El Marsa Restaurant, you will enjoy a warm atmosphere professional service as talented chefs guide you through a mix of Arab Israeli dishes, while the culinary gem, Uri Buri serves mouthwatering seafood, both perched on the edge of the Mediterranean Sea, alongside some of our other favorite ports and marinas. 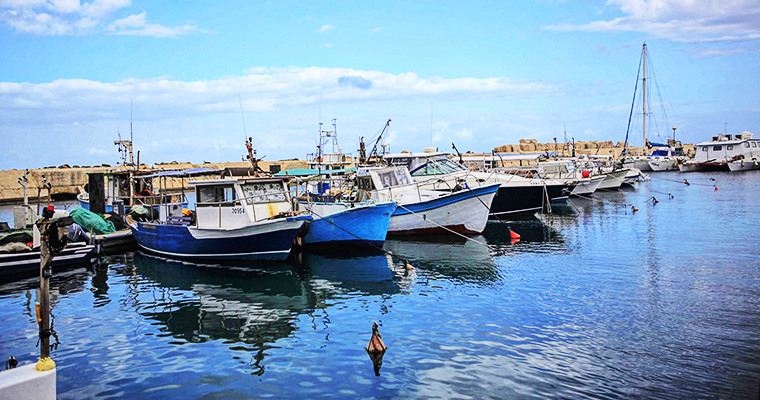 A photo of Jaffa port- One of the oldest ports in the world. (Credit: Tal Herzog)

Ahoy there! You won’t regret it.