“The greatest Jewish tradition is to laugh. The cornerstone of Jewish survival has always been to find humor in life and in ourselves,” pointed out U.S. comedian Jerry Seinfeld, who performed at Tel Aviv’s Menorah Mivtachim Arena last December. And the legendary comedian accurately hit the nail on the head. From Mel Brooks to Woody Allen, Larry David to Adam Sandler, Jewish culture has never taken itself too seriously. Forty years ago, back in 1978, Time magazine asserted that 80% of all stand-up comedians in the U.S. at that time were Jewish, and only 3% of the population! 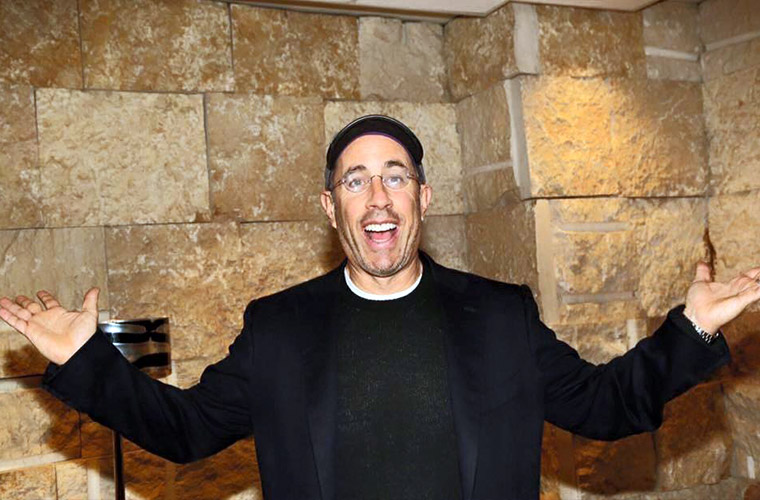 In Israel, where everyone can think of themselves as a comedian, the comedy scene is far more diverse, with many shows in English and Hebrew, performed by local rising stars and well known professional stand-ups. Here, we take a close look at some of the best venues not to miss for a night of belly laughs.

In a fast-emerging scene, more and more Israelis are performing stand-up comedy in English, poking fun at politics, religion and day-to-day life that strike all the right chords for an English speaking audience. A nice side-splitting walk from the Dan Tel Aviv, Bar Giyora hosts terrific live shows, such as Funny Monday, which has captured the attention of audiences around the city. Catch the hysterical antics on stage here of Yohay Sponder and Shahar Hasson, who were among the first comedy pioneers to bridge the cultural gaps and re-write their material into English, while remaining funny, fresh and original.

Not far from the Dan Panorama Tel Aviv are the hip venues, the Stand Up Factory and Zvulun 10.
South Tel Aviv’s Stand Up Factory offers an intimate and fun atmosphere that is reminiscent of New York’s finest stand-up clubs, and boasts some of the funniest comedians around, such as Asaf Yitzhaki and Mor Chen. As well as open mic nights and “The Funny Friday” nights, there are also twice weekly performances in English too. One of the longest standing microbreweries, the Dancing Camel, is an excellent and cosy backdrop for an evening of craft beers and comedy, with its regular Wednesday English-language comedy nights, while The Camel Comedy Club has been entertaining crowds for more than 25 years, with daily shows, and even a comedy school to help polish the act of promising stand-ups.

South of Rothschild Boulevard, Zvulun 10 has become a massive draw and an established fixture on the Tel Aviv comedy circuit. There are regular shows in English featuring up and coming stars, Mike Kroll and Mishel Sabbah, as well as hit comedians such as Sarah Markowitz and Benji Lovitt. In fact, Lovitt has teamed up with Beit Hatfutsot, or Museum of the Jewish People, to create an interactive comedy workshop, exploring the link between Jewish humor and identity in a new “Let there be laughter” exhibit open to the public.

For those who think that Jerusalem may be more conservative, there is a vibrant scene in the city,
with the outstanding Off the Wall Comedy Theater, one of the city’s funniest tourist destinations. Adjacent to the King David Hotel, each week, revered Jerusalem comedian David Kilimnick introduces the comic and musical talent, both amateur and professional, bringing together an eclectic mix of comedians from the local community to share a much-needed laugh with residents and tourists alike.

Alongside the intimate venues, there are the larger arenas which certainly see their fair share of more established stand-up comics. Following in the footsteps of Jerry Seinfeld, this past January saw raucous American comedian Chris Rock come to Israel for the first time, with his debut performance proving hugely popular with 10,000 people at the Menorah Mivtachim Arena, while Australian comic Jim Jefferies also performed in the same venue. Now, edgy king of sarcasm, UK comedian Jimmy Carr is also due in Israel for the first time, performing at the Charles Bronfman Auditorium in Tel Aviv on August 11, as part of his The Best of Ultimate Gold Greatest Hits Tour.

Join e-Dan club and Get 5% discount for Hotel Reservations >> 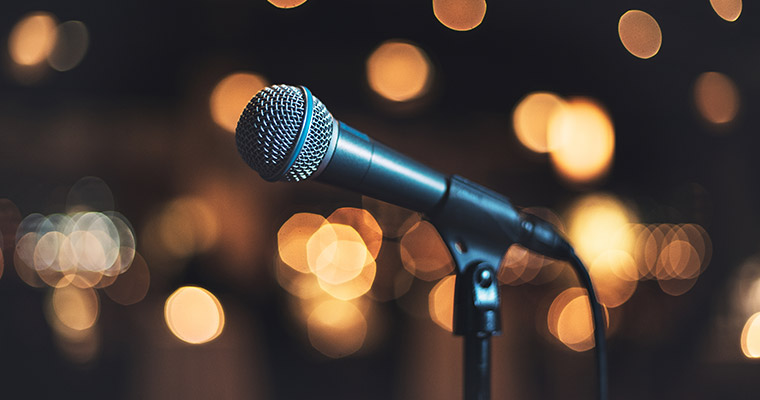 There is always a reason to laugh in Israel. After all, it’s a tradition