In Japan the hobby of kite flying has risen to an art form. Forty types of kites are exhibited at the Tikotin Museum of Japanese Art.

Japanese kites are among the most spectacular in the world and as a sport they arouse great enthusiasm…. The kites are constructed on a frame of bamboo or another resilient wood, covered with Japanese paper (washi) made from the bark of a tree of the mulberry family (kozo) and then decorated in colour. Most kite artists draw with ink and brush, though nowadays some use silkscreen or offset printing. The subjects and embellishments favoured by kite artists are: fabled warriors, historical and mythological figures, the Buddhist monk Daruma, the Seven Gods of Good Luck – Shichifukujin, sumo fighters, kabuki actors, tortoises and cranes to symbolize longevity, carp, symbolizing strength and courage, insects, birds and geometric forms. Kites are constructed in varying dimensions, from the tiny ones only a few centimetres in length, to the giant kites of twenty metres which require special expertise to fly them successfully. 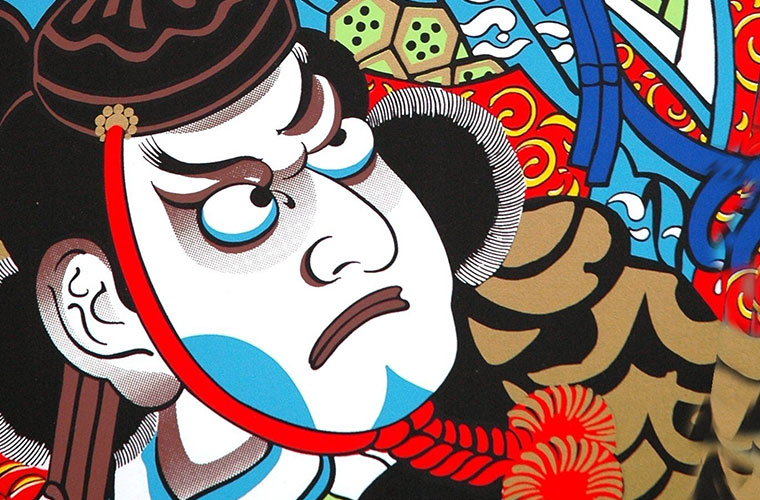 During the Edo era, kite-flying became a popular sport quite distinct from any religious tradition. If we look at woodblock prints from the same period, the skies of Edo were filled with kites. At that time the middle classes were flourishing, becoming a more permissive society. Their many amusements led to the development of the woodblock prints (ukiyo-e) depicting this life-style. Multicolored illustrations from the Kabuki Theatre and the entertainment districts were produced in great numbers. It was this atmosphere at the end of the Edo era which led to the development of the kite as a form of recreation. The kite craze was particularly popular among the merchant classes, who shared their enjoyment with the entire community. Kites were very popular with the middle classes, who flew them over the castle-walls of the barons to ‘see them from above’. This was ultimately forbidden by the shoguns, who claimed that the kites invaded their privacy. Kite wars (tako gassen) attracted excited crowds during the Edo era, especially businessmen and public officials. The spectators became the judges as the giant kites were pitted against each other by teams standing on opposite sides of a river.

The Battle Kites of Shirone
Kite wars still attract great crowds. During the Kite Festival (tako-kichi matsuri), the skies are filled with fighting kites, and the celebrations in May at Hamamatsu in Shizuoka Province, and in June in Shirone in the Niigata Province, are renowned. Documents from the Edo era confirm that the Hamamatsu festival began in 1558, when Sabashi Jingoro, a servant of one of the feudal barons, flew a giant kite to celebrate the birth of the Prince Yoshihiro. Hamamatsu kites are 3.3 metres square, and weigh 10 kilograms. Sharp objects such as splinters of glass or powdered glass are attached to the kite-string, to sever the string of the opposing kite and bring it tumbling down. 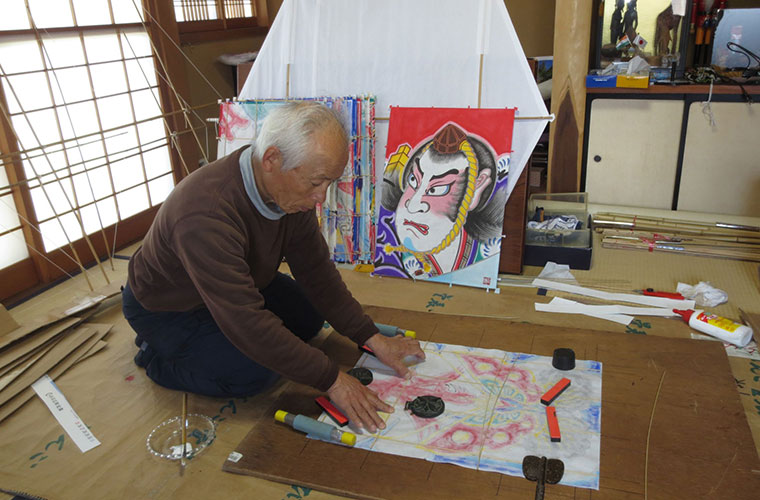 The first kite battle was apparently waged in Shirone in the eighteenth century. According to the story, when the local inhabitants constructed a canal to irrigate their rice paddies, the completion of the work was celebrated with kite-flying. Another story relates that the villagers on each side of the canal had a disagreement, so in order to prevent civil strife, the warrior Mizoguchi suggested settling the dispute with a kite battle. Yet another variant recounts the tale of a great kite which, sent to heaven on the wings of the wind, crossed the canal in its flight, crashed on a roof on the far side and disintegrated. This caused such damage and confusion that a counterattack was launched. In the second week of June, everyone gathers for a kite contest between the villages. Every afternoon, for seven days, participants fly 7×5 metre kites weighing 40 kilograms each. They are launched against each other by teams of seven to fifteen men standing on opposite banks of a nearby river. The object is, of course, to topple the enemy kite into the water. Each team has its own techniques based on the direction of the prevailing winds. They are allowed to use up to twelve kites a day, thus allowing them a chance to improve their score. Participants wear jackets (happi) bearing the emblem of their team.

Today, Japanese artists sign their kites which are then displayed as artistic creations to be acquired by collectors. In addition, thanks to a revival of interest in the old ways, in some areas of Japan, artists are attempting to preserve local methods of construction and traditional motifs. As with other Japanese folk arts, the kite represents the district in which it was made, and offers us a savour of Japan in olden times (The exhibition will be closed on 31/12/2017).

A Short Visit to Japan
A visit to the Tikotin Museum on Mount Carmel in Haifa is a fascinating opportunity to get closely acquainted with Japanese art and culture. The museum is one of the only museums in the world devoted entirely to Japanese art and displays a staggering 7,000 exhibits of Japanese art. The display includes a variety of paintings, prints, drawings, decorated antique books, ceramics, miniature sculptures (netsuke), lacquer and metalwork, antique swords, tea ceremony ceramics, art objects dating from the 14th – 19th centuries and a collection of modern Japanese art.

Japanese art allows you to encounter a view of a different culture with unique characteristics. Painting is the most popular form of expression in Japan and is usually done on paper or silk. The subjects of the paintings are many and varied, addressing nature and landscapes, heroic scenes, birds and flowers, and more.
Woodblock prints have also become an important element in Japanese art, representing life, landscapes, customs, lifestyle and traditional Japanese attire. 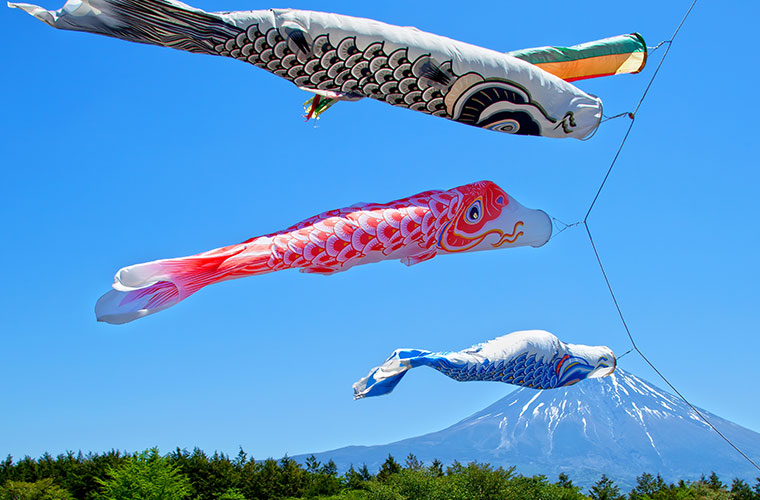 The exhibitions in the museum change once every three months, according to the seasons of the year, various events and due to the sensitivity of Japanese paintings and prints to the influence of light and weather conditions.
TIKOTIN MUSEUM OF JAPANESE ART,
89 Hanassi Blvd., Haifa
To the Museum Website click here

Dan Hotels offers you two hotels in Haifa, the Dan Carmel and the Dan Panorama Haifa hotel are perfectly located for a relaxed, carefree vacation on the cusp of Mount Carmel, where the Mediterranean Sea meets the Carmel.