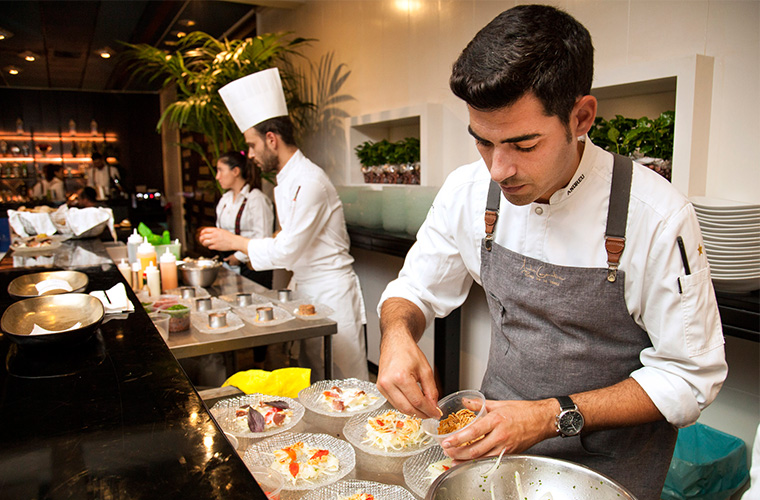 Culinary events are an inseparable part of the hospitality experience at the Dan Hotels. As part of the collaboration with the ‘Round Tables’ international culinary festival, which brings together the best restaurants and chefs from around the world with their Israeli colleagues, Spanish chef Andreu Genestra, who has been awarded a Michelin star, was hosted at the “Hayarkon 99” restaurant – the flagship restaurant of the Dan Tel Aviv Hotel.

This is an exceptional ‘pop-up’ culinary event: the renowned and kosher Hayarkon 99 restaurant operated this time in the pop-up format for an entire week, offering a special menu under the direction of the Spanish chef in collaboration with the Hotel’s chef Oved Alfia.

Chef Andreu Genestra is the star of a cooking program on Spanish television. He owns a restaurant situated in a rural hotel on the Spanish island of Mallorca, in an impressive building surrounded by a profusion of vegetable gardens, vines, and hen-houses. In his flagship restaurant, Chef Genestra presents unique local cuisine, creating a perfect integration of culture, tradition, creativity, raw materials and uncompromising quality. 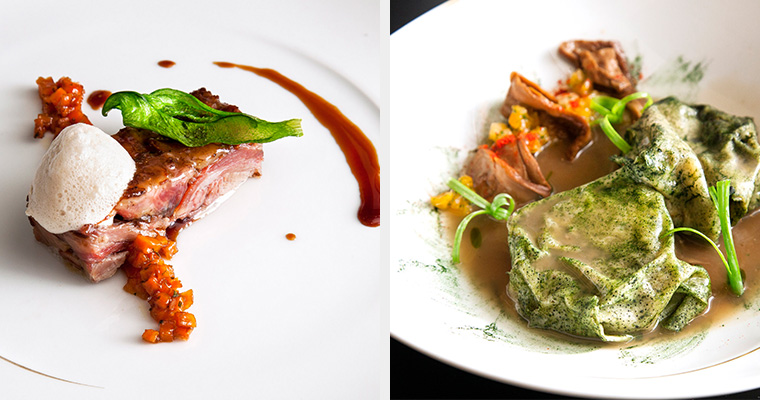 The vibrant culinary scene of Spain was given a kosher version here in Israel, with the assistance of chef Oved Alfia, the veteran chef of the Hayarkon 99 restaurant and the Dan Tel Aviv Hotel. Alfia combined selected local raw materials, adding personal touches that made each dish special and surprising, while strictly adhering to the laws of ‘kashrut’. “I felt completely at home with Andreu” says Alfia, “His nature and temperament are very similar to that of the Israelis. He took me around the market and showed me the raw materials that are basic components in his kitchen: fish, vegetables, and lots of olive oil. His food is very impressive and representative”.

A culinary celebration
The International Culinary Festival ‘Round Tables by American Express’ invites the Israeli ‘foodies’ community to taste and experience new and splendid cuisine which is renowned worldwide. 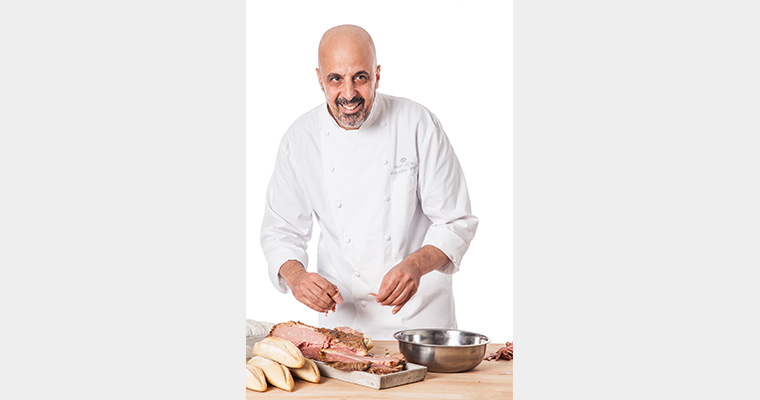 This year the event was held with the emphasis on chefs and restaurants in the ‘Farm to Table’ style – the new generation of chefs who are also known as “agricultural chefs” because of their in-depth familiarity with agricultural crops, the gathering and home-grown cultivation of raw materials.

In accordance with the concept of the festival, every international restaurant sends their head chef and his team to cook in the kitchen of a leading restaurant for one week, alongside the local chef. A tasting menu is served at each hosting restaurant, which serves the flagship dishes of the guest restaurant, combined with flavors and local ingredients, and seasoned by the local chef. The result is a spectacular culinary show featuring fascinating cultural encounters.

The Dan Hotels chain, which has sponsored the festival for the second consecutive year, hosts international chefs who participate in the festival during their visit to Tel Aviv and Jerusalem. 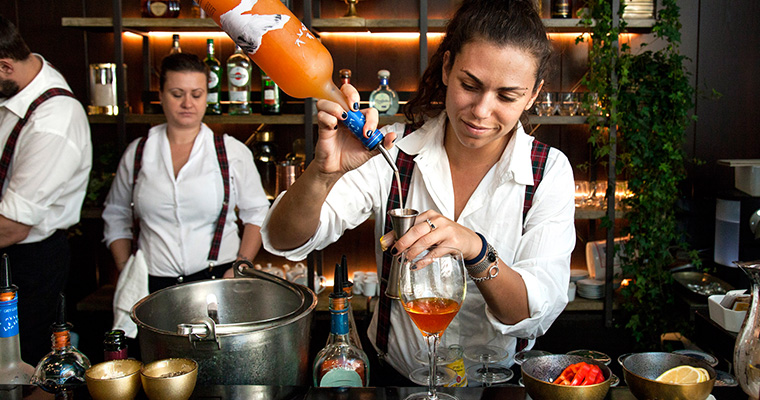 The Chef’s team at the Culinary Festival ‘Round Tables’ (Credit photo: Tamuz Rachman)