Even after months of preparation, the staff of the King David couldn’t hide their excitement at the royal visit in June, of Prince William 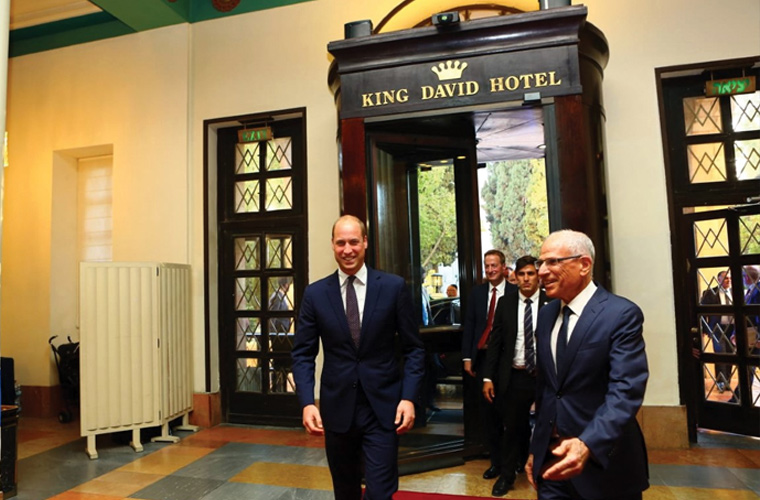 The King David Jerusalem employees were overwhelmed by excitement at the anticipated visit of Prince William. Many months of planning, rehearsing the rules of protocol and even preparing for the orderly arrangement of bows, curtseys and shaking hands. In June 2018, after his royal visit to Jordan, Prince William, the Duke of Cambridge, landed in Israel, the first representative of the British royal family to arrive in Israel on an official visit.

Prince William’s stay at the King David generated enormous excitement, especially on the part of the staff that were British. Thanks to his special relationship with the British Embassy, Sheldon Ritz, with his sharply honed manners, in charge of hosting VIPs at the hotel, received permission for a photo to be taken with his British fellow employees and the prince. They never would have been privileged to star in such a photograph in their country of birth.

As Haim Shkedi, General Manager of the King David Jerusalem, remarks: A short while after Prince William’s intention to visit Israel was publicized, the British Embassy contacted us. The Dan Hotels Chain – and the King David in particular – enjoy an excellent relationship with the embassy and we have been privileged for many years to host all the British senior government dignitaries that have visited the city. Thus, it was obvious to us that we would be selected to host the prince. A series of special delegations stayed with us in the months prior to Prince William’s visit, to help us learn what were their precise expectations from us for the royal stay at the hotel. The message was clear: no special requests; a modest visit with a social message; nothing political.” 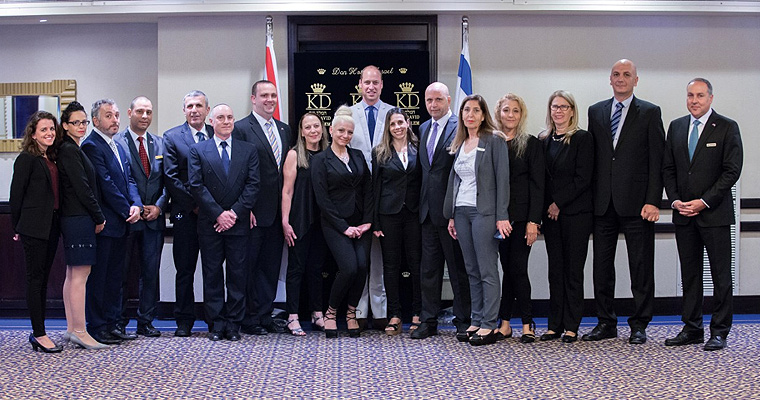 Prince William with British employees of the King David Jerusalem – a photograph they never would have been privileged to be part of in their native land.

No particular arrangements were required of the hotel in preparation for the visit (except for a prestigious tea service that the hotel purchased). The visit itself took place in exact accordance with the meticulous instructions: modest, and without any exceptional requests, in keeping with the rules of protocol dictated by the British organizers of the visit.

General Manager Haim Shkedi welcomed the prince as he stepped out of the official car and accompanied him into the hotel, where Sheldon Ritz was waiting, to take the prince to his suite. According to Ritz: “The surrounding landscape the prince saw – so visually impressive, but also rich with religious, historical and political connotations – excited him very much. In the spirit of this special visit, the British allowed hotel guests to be in the lobby when the prince arrived, and in fact, he was welcomed by them with excited, enthusiastic applause.”

During the short time the general manager stood alongside the prince, he told him of the great honor it was for him to have hosted his father, Prince Charles, twice in the past, not on a royal visit, but as a representative of the kingdom in sad times – the funeral of Israel Prime Minister Yitzhak Rabin and that of Israel President Shimon Peres. It appeared that Prince William was moved. 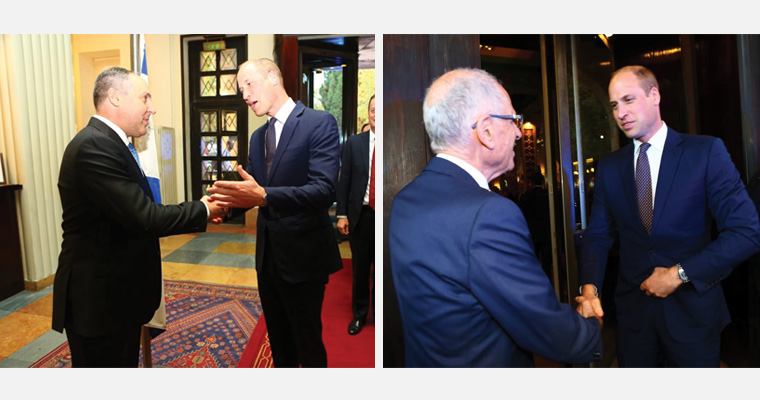 The prince’s itinerary during his stay included visits to Jerusalem’s Yad Vashem – The World Holocaust Remembrance Center, where he met two Holocaust survivors that had fled from Germany to Britain as children just prior to the outbreak of World War II in an operation known as the “Kindertransport.” Later he met with Israel Prime Minister Benjamin Netanyahu and with President Reuven Rivlin. One of the prince’s most press-covered visits was when he rode to Jaffa to take part in a soccer match for both Jewish and Arab youngsters, organized by “Equaliser Goal” (an Israeli educational, social and sports project), in cooperation with the Peres Peace Center. He even found time to pay a visit to a Tel Aviv beach, and to Rothschild Blvd., where he met Netta Barzilai, Israel’s Eurovision song contest winner, prior to being hosted to a reception at the Ramat Gan residence of the British Ambassador to Israel.
The prince completed his Jerusalem sojourn with a visit to the grave of his great-grandmother, Princess Alice of Battenberg, at the Church of Mary Magdalene on the Mt. of Olives, who had rescued Jewish families during the Holocaust. 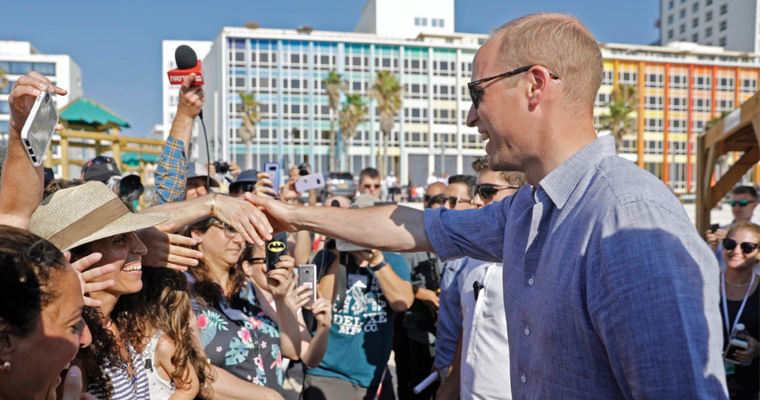 William is the son of Prince Charles and Princess Diana, the grandson of Queen Elizabeth II, and he is second in line to inherit the British throne, after his father. He married Kate Middleton in 2011, and they have three children: George; Charlotte, and Louis. The prince served as a helicopter pilot in the British Royal Air Force and ended his service with the rank of lieutenant.

The Jerusalem Suite – King David Hotel
The Jerusalem Suite, designed especially to host world leaders on their official visits and outfitted with all the requisite additions and accessories, is Israel’s most luxurious hotel suite. Commanding a breathtaking view of the Old City, the 155m2 suite, located on the sixth floor, the topmost floor of the hotel, offers the type of heightened security necessary for hosting world leaders and high-ranking guests. It includes a private meeting room, dining room with private, adjacent kitchenette – ideal for hosting discreet meetings or private dinners – an especially spacious and comfortable living room area, large spacious bathroom and a private treadmill. 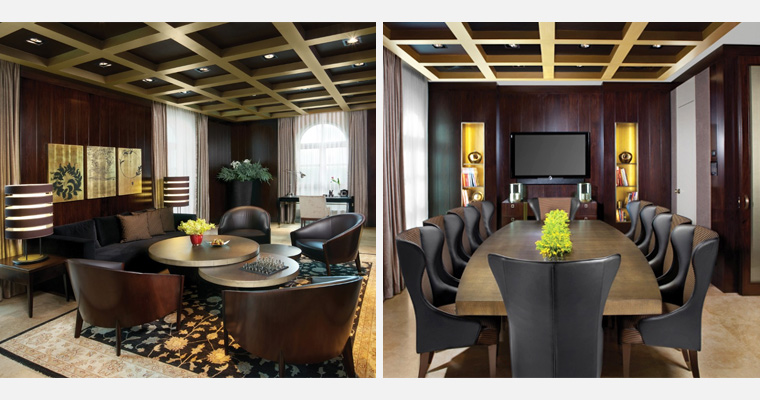