Thoughtful street art is like really good fiction; it speaks to everyone. And you will be hard pressed to find a more riveting tale than in Israel, a canvas where street art and graffiti provide a glimpse into the national psyche and individual talents of some of the country’s most renowned artists. While Israel is awash with color, you will often find unexpected gems with fascinating backstories in the most unlikely of places. 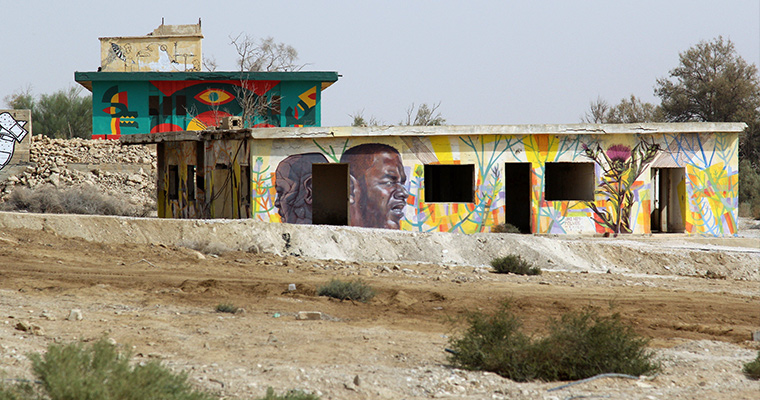 A visit to the extraordinary Dead Sea, the lowest place on earth, is one striking example. As one of the top priorities for most visitors to Israel, and one of the most popular attractions for locals too, much has been written about the sea’s healing mineral waters and its unique mud. And yet, the Dead Sea may be the last place on earth you would expect to stumble upon captivating street art. Less than a couple of hours from the diverse art galleries in Tel Aviv and nearby Jerusalem, on the dusty roads, close to Kalia beach, lie some abandoned, stubborn old buildings, that have attracted the attention of local artists, who have volunteered their time and considerable talents to raise awareness of the environmental challenges faced by the Dead Sea. These freestyle artists have launched the colorful and contemporary Gallery-430 murals project, inviting visitors to experience what is happening in this area, and serves as yet another reminder of how Israeli culture brings together artistic expression, pragmatic innovation, and environmental concern to have a powerful impact. 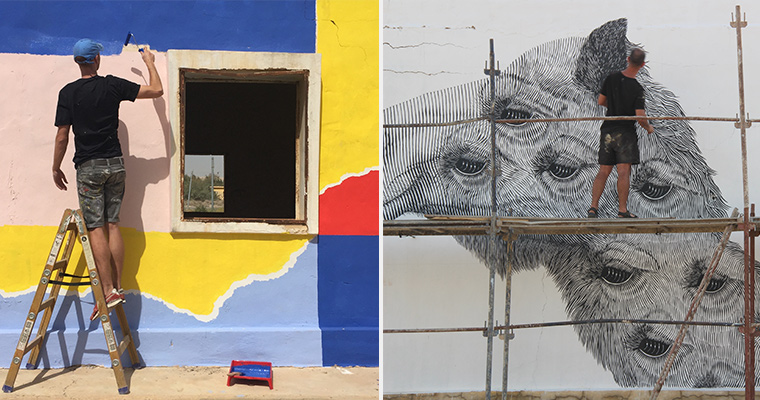 If art at one of the most special natural wonders of the world makes your head spin, the surprising range of art inside a man-made construction – Tel Aviv’s New Central Bus Station – will leave you positively dizzy. Having opened 25 years ago, this iconic and mesmerizing city landmark is the second largest bus station in the world, behind the Millennium Park Bus Depot in Delhi, which took top spot in 2010. You can walk 7km and not retrace your step once, with much of its 230,000 square metres acting as a vibrant microcosm of Tel Aviv’s diversity. Take the escalators to the 7th floor to marvel at some eye-popping art that has been sprayed, stenciled and painted on the concrete walls by acclaimed urban artists, such as Know Hope and Dede, who have made it into the big leagues. 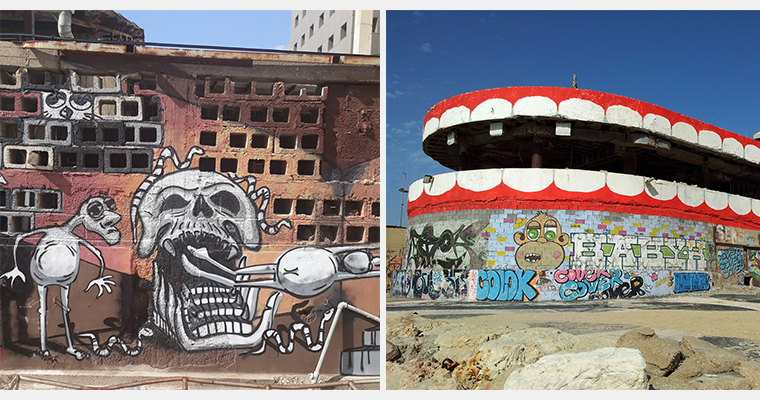 In fact, Dede, one of Israel’s most well-known street artists pops up in another surprising location: the site of the long-abandoned Dolphinarium building – on the beach between the Dan Tel Aviv and the Dan Panorama Tel Aviv. Once a dolphin aquarium and then a discotheque, this derelict landmark on the Tel Aviv beachfront, near the Jaffa port, has long been an inviting canvas for street artists since it closed in 2002, but none more so than Dede, whose vision transformed the building into a large set of wind-up teeth. This is but one example of graffiti and street art that can be found in almost every street in Tel Aviv, especially in the Florentin neighbourhood of South Tel Aviv, akin to New York’s Lower East Side or London’s Shoreditch.

While the city’s outdoors act as an open-air canvas, the Link Hotel & Hub, recently chosen by the authoritative Fodor’s guide as one of the most incredible 1000 new hotels in the world and one of the finest new hotels in 2018, “acts as an homage to Tel Aviv’s thriving art scene.” Here, corridors, guest rooms and each floor of this hip hotel is a work of art where internationally-acclaimed photographer Daniel Siboni has curated impressive works from 12 street artists that provide a creative and inspiring backdrop to a smooth and relaxing stay at one of Israel’s most cutting-edge hotels. 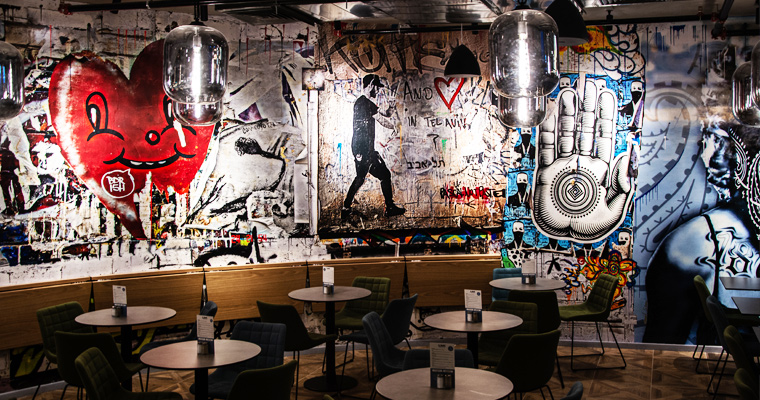 The “Hub” at LINK Hotel & Hub – Photo by Andrea Meloni

While the Link Hotel & Hub is home to some of Israel’s best-loved artists, Haifa is home to many more. As one of Israel’s most multicultural cities, interacting and engaging with street art in Israel’s third largest city is a unique experience. The urban landscape, including the hipster lane, Masada Street, includes spray paint artists such as Broken Fingaz Crew (BFC), whose curious and psychedelic street art has made an enormous artistic and cultural contribution to the local art scene, as well as one the streets of Tel Aviv and Jerusalem, where the creative genius of British-born street artist, Solomon Souza on display in Mahane Yehuda, Jerusalem’s iconic market. Take a walk through the market on a sleepy Saturday or a magical Jerusalem evening to see the well-known faces from times past staring back at you in glorious technicolor. Stroll through the market, downtown Jerusalem and the Mamilla neighborhood, close to the unique work of art that is the King David Hotel, and discover the various murals, etchings and street art pieces that provide another illuminating chapter in this evolving story of Israeli street art.