Dan Hotels Israel Travel and Tourism Blog > Attractions > Who Are You, Herod?

Who Are You, Herod?

A journey into the life and death of Herod. An inaugural exhibition at the Israel Museum outlines the multifaceted personality of the man dubbed The Last King of the Jews. 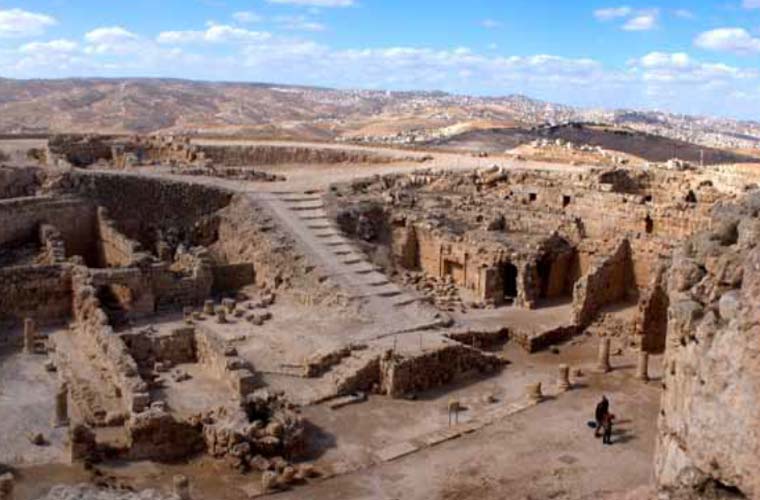 For years the burial place of King Herod was an enigma, pondered by archaeologists and historians worldwide. In mid 2007, after spending 35 years of his life researching the cryptic character of Herod, the eminent archaeologist, the late Professor Ehud Netzer of the Hebrew University, unearthed the remains of the king’s grave on the border of the Judean desert at the Herodium. The palace – fortress revealed on the site included pools, decorative bathhouses and a theater with a royal cubicle. Three years later, on the same site where he made his sensational discovery, Professor Netzer tragically fell to his death in an accident, a few meters away from the grave whose discovery was the fulfillment of a dream and the pinnacle of his illustrious professional career.

The inaugural exhibition, the first one worldwide, devoted entirely to Herod ,one of the most disputed, fascinating and multifaceted characters in Jewish history and in the history of the Roman Empire, is currently being exhibited in Jerusalem at the Israel Museum. The crowning glory is an impressive reproduction of Herod’s burial chamber. Dudi Mevorah and Silvia Rosenberg, leading archeological curators at the Israel Museum, have brought together some 250 archeological items chosen from artifacts recently excavated at the Herodium, Jericho and other sites. These exciting findings are likely to cast a new light on political, architectural and aesthetic influences during Herod’s reign between 37 BC – 4 BC. The artifacts displayed include burial coffins (sarcophagi) from Herod’s tomb, wall paintings from the Herodium, Herod’s personal bath from Kypros, engraved stone items from the Temple Mount never before displayed, and an embellished marble basin which researchers assume was a present from Augustus to Herod.

King Herod is well known for his colossal building projects which required vast resources and changed the face of the Land of Israel. In addition to his most renowned project – the construction of the Temple Mount and the temple – Herod built spectacular palaces, fortresses, public buildings, pagan temples and entire towns reflecting a combination of local traditions and building materials, with Roman styles and technology. Herod rightfully earned the title The Greatest Builder in the Land; but Herod the builder also spread destruction and devastation. A suspicious and cruel king, he executed many of his people, including his beloved Hasmonean wife, Mariamne, whom he murdered in a frenzy of jealousy, and three of his sons whom he accused of trying to undermine him.

The exhibition aims to improve our understanding of this historical figure through his monumental architecture and the artistic artifacts he surrounded himself with. Both Herod’s extensive construction projects and his complex diplomatic connections with the Caesars and Roman nobility are examined, as well as his lavish funeral procession from Jericho to the burial complex he built for himself at the Herodium. 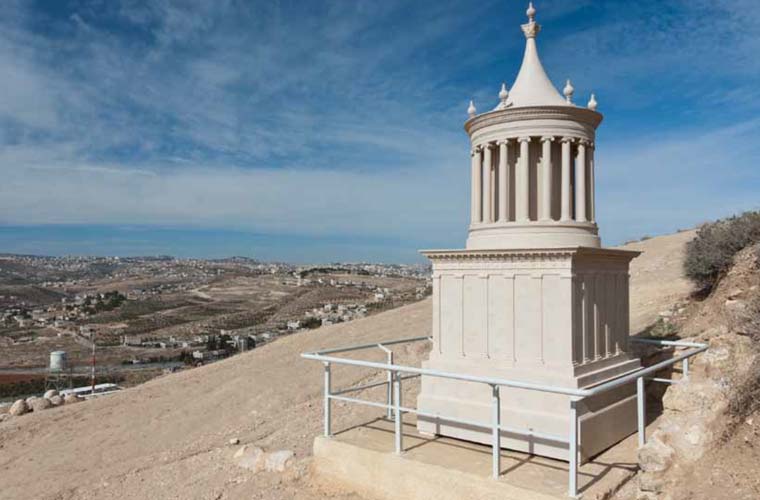 The annals of history will not erase the depiction of Herod as a cruel king, who ruled by brute force in opposition to the will of the people, and who treated his opponents with an iron fist. Yet at the same time he is recognized as a cautious politician who understood the balance of power and succeeded in preserving Judean independence for many years. Herod’s rise to power was interwoven with the meteoric expansion of the Roman Empire, so admired by Herod. Though initially supportive of Mark Anthony, upon the latter’s defeat, Herod read the political map correctly and nurtured his loyalty to the first Caesar, Augustus. Nothing was spared in Herod’s efforts to express his allegiance: temples and cities were built and dedicated to the Caesar and his deputy Marcus Agrippa, in addition to providing financial, military and political support. Herod’s special ties with Rome were exemplified through statues of Augustus, Livia and Marcus Agrippa, and magnificent contemporary artifacts found in the Herodium which were brought to the area from Rome or crafted by Roman artisans.

The Last Journey from Jericho to the Herodium

More than two thousand years have passed since King Herod’s funeral was conducted at the Herodium, a funeral which he planned down to the finest detail. Towards the end of his life, Herod changed the interior design of the complex to suit his funeral procession and burial, and constructed a lavish mausoleum facing Jerusalem. In the wake of the hatred towards him, no representative of the Jewish people attended his funeral, and the chapters of his convoluted life were best summed up by one of his contemporaries: “He stole into the kingdom like a fox, ruled like a tiger and died like a dog”. The exhibition is set up to follow Herod’s funeral procession; commencing at the royal throne room in his winter palace in Jericho and progressing via Jerusalem to his family tomb, which he himself had prepared in advance, in the Herodium. The final journey of the king is displayed through replicas of special architectural components from Jericho and the Herodium, including the lavish king’s room from the Jericho palace, where his coffin was placed, and the tomb from the mausoleum. 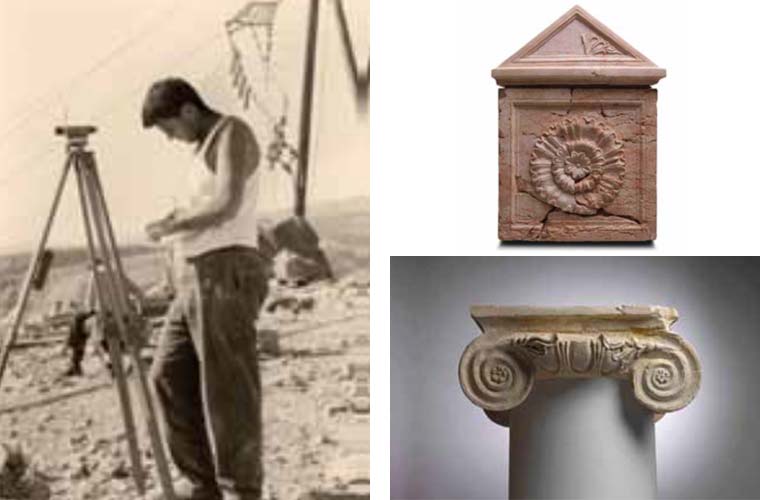 “The exhibition commemorates the life work of Professor Ehud Netzer, who regarded the unearthing of Herod’s grave as the pinnacle of his excavations”, says James Snyder, Israel Museum director.”Archeological findings on the site in the past five years have deepened our appreciation of this accomplishment, and enriched our understanding of Herod, his kingdom and his role in the history of the region. Following the extensive reconstruction and preservation activities carried out in the museum laboratories, we are proud to present these important findings to the public in an exhibition describing this pivotal period in the history of the Land of Israel.”

The “In Herod’s Footsteps” Weekend at the King David Hotel

Israel’s premier hotel, the King David Jerusalem, recently opened its doors to host a special experience for e-Dan club members: a history-themed weekend focusing on the fascinating and thrilling life of King Herod, as well as the “good life” philosophy that defined his reign. The club members enjoyed a series of guided tours that enabled them to explore the king’s multifaceted character: the “Herod the Great” exhibition at the Israel Museum; Herodion National Park, where Herod’s tomb was discovered just a few years ago; his palace-fortress; Herod’s family tomb, which can be found in a concealed, secluded area at the rear of the King David Hotel; innovative architecture on the Temple Mount, and more. The unquestionable highlight of the weekend, however, was the celebratory “King’s Banquet” that gave the club members the chance to taste the “good life” of Herod’s era: free-flowing wine, music, and dancing that evoked the spirit of that magnificent period. 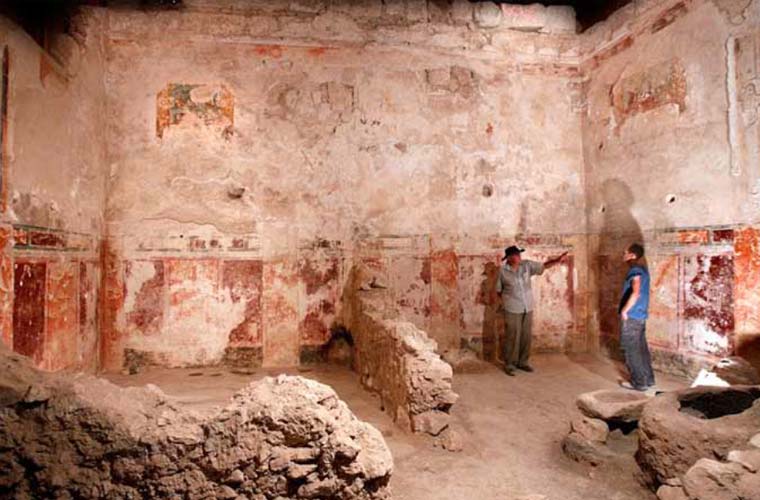 The New Dan Caesarea Resort – HAPPINESS IS AROUND 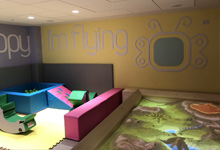 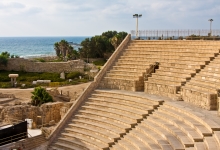 Exciting things to do in and around Caesarea 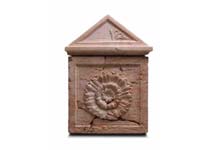 Who Are You, Herod?