The Otzrot BaHoma (Treasures in the walls) Museum in Ancient Acre: In a historic building hundreds of rare artifacts illustrate the life and folklore of 19th Century Galilee.
A nostalgic journey that begins two hundred years ago and ends deep the attic.

The heavy cannons set around the walls of the Museums entrance courtyard, tell a story of their own: it is easy to imagine the Ottoman soldiers running to take their spot beside the cannons. Try to guess which of those titled Napoleon’s cannon really participated in the famous battle, at whose end, after a two months seize on Acre, Napoleon was forced to retreat. 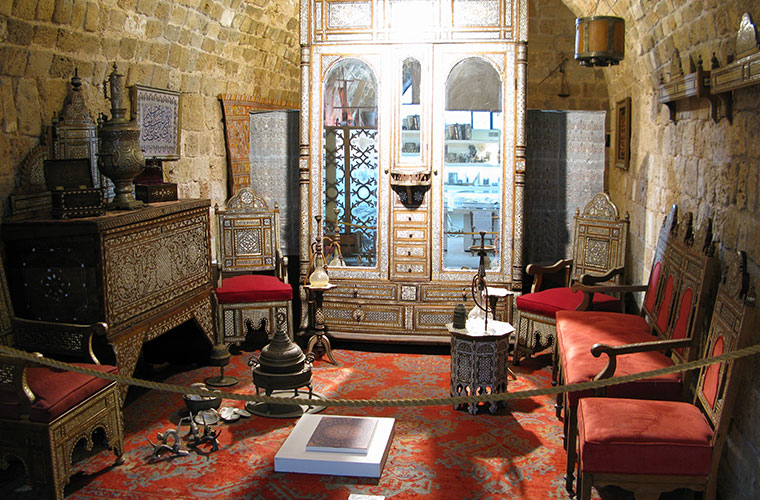 A room in The “Otzrot BaHoma” Museum, showing items from the late 19th century in the Galilee

But the true reason for coming here lies in between the folds of the eastern city’s walls: here, in a 200 years old Ottoman building, you will find the gem – the Otzrot BaHoma Museum.

The building embraces its intriguing history, which begins in the days of the tyrant ruler of the area, Ahmed Al-Jazzar Pasha who had built the wall, and ends with the British who used the halls as storehouses and stables for their horses. Originally the space was built as a military base for the Ottoman garrison who protected the cannon posts and the city. The square construction is submerged into the 60 cm thick wall, more familiar by its French name, Burge-el-commandar – the commander´s tower.

In the course of the last ten years the building has been abandoned, neglected and filled with waste, but this not only did not deter, but rather challenged Dan Hortman and Michael Louria, two passionate collectors who took the initiative and against all the odds and bureaucratic obstacles founded this unique museum. Thanks to the assistance of many volunteers and supporters, they turned the dream to reality, and today the Museum is directed by the Galileeim Association, established for the cause.

The Museum’s magic stem from the rare combination of the wonderfully preserved original halls and the thousands of artifacts on display. The collections document the material culture in the Galilee since the end of the 19th century until the beginning of the 20th. A recent history we often tend to forget.
It is amazing to hear the reactions of visitors fascinated by the “attic exhibition”, looking with nostalgia at toys, books and kitchen utensils from the nineteen fifties. 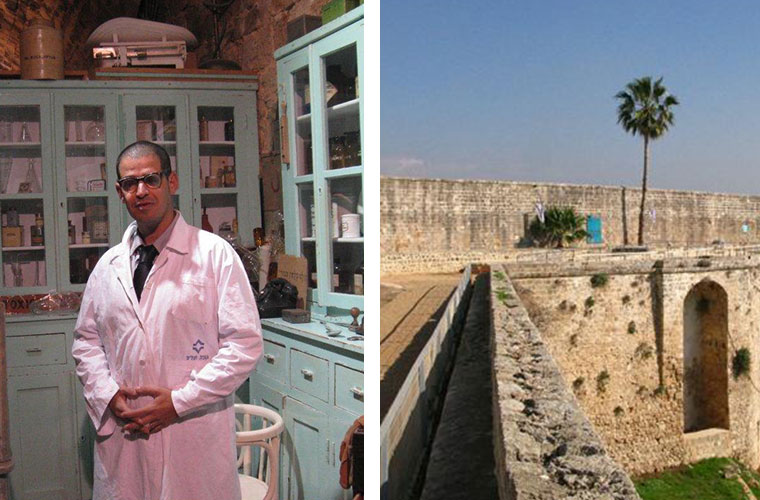 On the Right: Between the folds of The Eastern Wall, the museum is located. In the photograph next to: a pharmacy from the 1940s

Another wing in the Museum is dedicated to the traditional craftsmen who used to work in the old city’s markets – the milliner, the leather worker, the tinsmith and the blacksmith, along with other professions long gone, are authentically commemorated here, together with the original tools that were in use before these crafts became a rarity.
The Museum further houses shell set Damascene sofas, a collection of cosmetics, a collection of oil lamps, a pharmacy from the nineteen forties, ceremonial objects of the three religions and more.
The Museum displays temporary exhibitions. In September the Museum will present its rare collection of Happy New Year cards from the State’s first years.

And if you happen to be in the area…
In 2001 UNESKO declared Ancient Acre as a world heritage site, thanks to a unique historic blend of brilliantly preserved buildings from the times of the Crusaders and typical Ottoman sites such as the Fort, Mosques, public bath houses and more.
A trip to Acre combines historic and archeological sites, museums, a vibrant and colorful market and a human mosaic that gives the city its special character.

A classic visit to Acre must include the impressive Knights’ Halls, the Turkish bath house, Khan al-Umdan and the clock tower, the Templars’ tunnel, the prison and the Underground Prisoners’ Museum, as well as the Ramhal Synagogue located in a special grand building that has been recently restored. Walking on the walls at sunset is a chance to enjoy the light breeze that blows from the sea, and the lovely views from the port that some call the prettiest fishermen’s’ port in Israel, and rightly so. 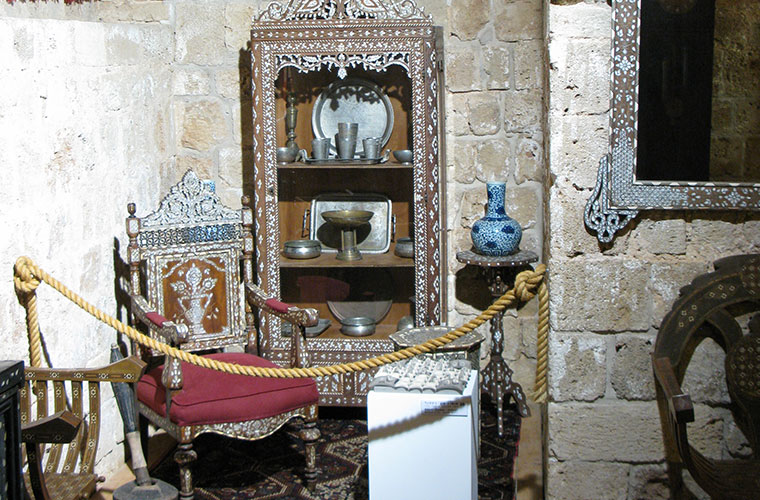 The Attic (“Boydem”) Exhibition at the Museum

Dan Hotels offers two hotels in the area of ​​Acre and the north: Dan Carmel Hotel and Dan Panorama Haifa Hotel which are located in the Carmel Center, and reflect the magical view of Haifa Bay. Whether it’s a family vacation or a romantic weekend- in Dan hotels you will get an unforgettable holiday.