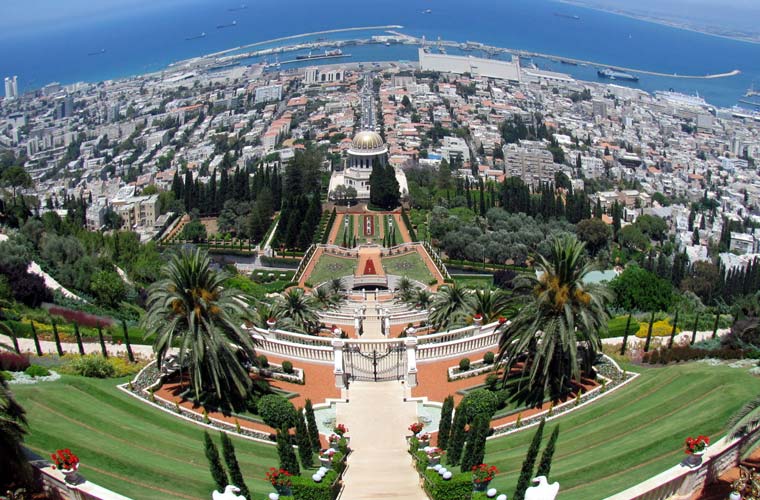 There may be no single site in Israel — other than perhaps Jerusalem’s Western Wall-Temple Mount compound — that is as singularly linked to its city as Haifa’s Baha’i Gardens. These iconic gardens are viewed from much of the picturesque city, and when many tourists plan a trip to Haifa, they actually intend to visit nothing but this spot.

Climbing in terraces like a ladder, one kilometer up the northern slope of the Carmel Mountain, the gardens are not just a living work of art. They are also the very embodiment of many core principles of the religious beliefs of the Baha’i Faith.

Religious in the Carmel

The Carmel has always been tied to the concept of monotheism, due to its connections to the Biblical stories of Elijah the prophet. It has therefore become significant to Judaism, Christianity and Islam. Many other religions and cultures, such as the Druze, have also been attracted to this mountain. The Baha’i Faith is also monotheistic, and recognizes the prophets of all prior religions as holy people. Thus, this is the most logical location for their holy site as well.

The main beliefs of this faith include universality and equality. So the gardens display the harmony of nature and man, creating a site that encourages peaceful contemplation. Though the large site appears symmetrical at first glance, there are a number of asymmetrical elements that add to its beauty. These spots that break the symmetry balance the manmade splendor of the landscaping with the important historical and natural elements that were already at the site.

For Baha’is, the focal point of the Haifa gardens is the Shrine of the Bab, holding the burial site of their prophet who announced the arrival of the religion’s founder in the 1840s. The shrine was built in 1909 and received its golden dome in 1953. (A nearly three-year renovation of the shrine was completed in 2011.) The many winding paths that surround the shrine are designed to allow the faithful to approach the shrine in a serene state of mind. Many branches to the paths echo the idea of individuality within people’s approaches to spirituality.

There are 19 terraces in the garden, with nine each above and below the central terrace with the shrine. These symbolize the 18 disciples who originally became followers of the Bab.

The Haifa gardens also hold the buildings of the Baha’i World Centre, including the World House of Justice, an international education center and the Baha’i religious archives. Another aspect of surrounding these with gardens is designed to insulate them from the noisy bustle of the modern city, doing so without the need to build unsightly walls. 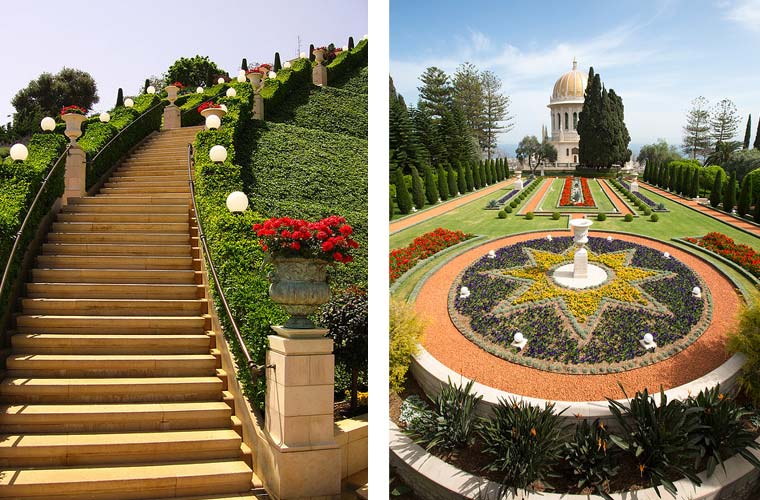 Designated a UNESCO World Heritage Site in 2008, the gardens are tended by throngs of volunteers from the Baha’i Faith. Of the approximately 5 million adherents to the religion worldwide, about 700 are in Israel as volunteers at any given time.

The Shrine of the Bab has been described as the diamond on the ring that is the gardens. Others note the spirituality of the harmonious visual transition from the sea, up the mountain and into the sky above.

One of the more intriguing aspects of the magnificent gardens is their ecologically friendly landscaping method. They include approximately 450 species of plants, but most are of local origin, and many are drought resistant. Much of the water used for irrigation is desalinated on site, and a precision computer system closely monitors and controls water usage to minimize waste. The running water that so many visitors remember from their visits actually circulates in a closed system, so that the amount of water added to make up for evaporation is less than an average person uses in a day.

The inner gardens of the site are open daily from 9 AM to 12 noon, and the outer gardens from 9 AM to 5 PM. There are also guided tours offered daily, except on Wednesdays. For the schedule of tours in different languages, please visit this page on the Baha’i Gardens website. There are also wonderful views from the top, on Yefe Nof Street, and from the bottom in Haifa’s German Colony.

Finally, for those who want a deeper look at the Baha’i Faith, their gardens and their holy sites, the other major site they maintain in Israel is on the other side of Haifa Bay, in the city of Akko. Though perhaps less impressive on the surface, there are also gorgeous landscaped gardens at that site, surrounding the burial site shrine of the religion’s founder, Baha’u’llah. 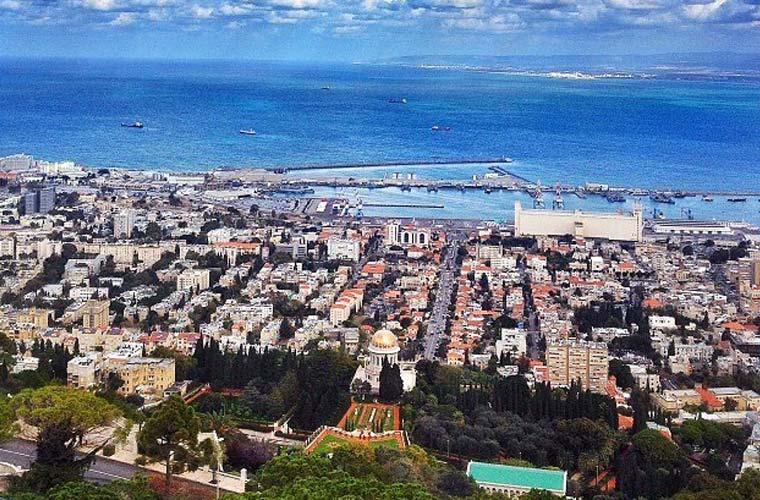