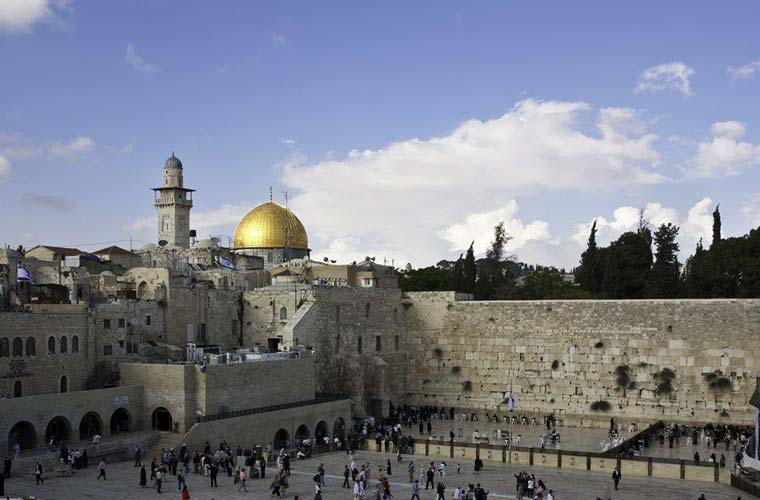 There’s so much to do and see in Jerusalem that it can be hard to decide what attractions to take in if you have limited time in the city. You can’t possibly see the entire city in one day. Instead, map out a route which gets you to two or three sites a day. Take into account how close the sites are, so you don’t waste time and money on extra traveling. In today’s digital age, this is easily done by using websites and apps to direct you in getting around by car, walking, biking or taking public transportation.

In three or four days, you can see these ten important sites in Jerusalem:

1. The Western Wall – This is the first place many tourists visit almost as soon as they arrive in Jerusalem. The outer wall of the Temple Mount, built by Herod the Great, has been a site of prayer and pilgrimage for Jews for centuries. It was the closest Jews could get to the Temple Mount so it became a symbol of holiness and the Divine presence. You can visit the Western Wall at any time of the day. The site is open to everyone, although modest dress is required. Many visitors write a prayer or request on a piece of paper and place it in between the stones of the ancient wall.

2. Tower of David – The citadel is not as ancient as its name would lead you to believe, but it does date back to the Mamluk and Ottoman periods. Today the citadel houses a museum of the history of Jerusalem from biblical until contemporary times. In the evenings, a spectacular sound and light show is shown on the external walls of the Tower of David, detailing Jerusalem’s history and culture. 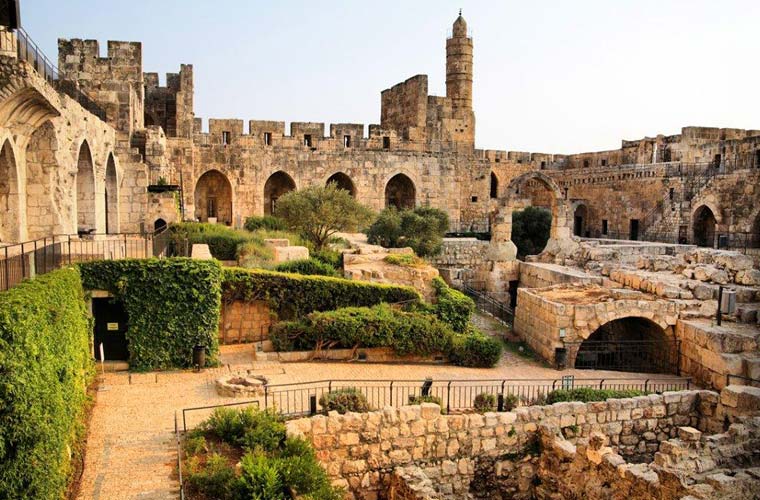 3. Via Dolorosa – This is the walk that Jesus took toward his crucifixion and burial. Christian pilgrims have been walking this route since ancient times. Start the route near Lion’s Gate in the Muslim Quarter and pass by the 14 Stations of the Cross, each marked by a sign, until you reach the Church of the Holy Sepulchre. At 3 PM on Fridays (the approximate time of the original walk), group processions led by Franciscans enhance the spiritual experience of the Via Dolorosa.

4. City of David – Excavations of Jerusalem demonstrate that the biblical city was a powerful force in the ancient world. Watch a film about King David and walk through the excavations to see the impressive ruins. The highlight of a visit to the City of David is Hezekiah’s Tunnel, a water shaft which you can walk right through (warning: you will get wet).

5. Ramparts Walk – The walls of the Old City were built by the Ottoman Sultan Suleiman in the 1500s. The flat tops of the walls, with ramparts for looking through, make for an ideal stroll above the Old City. You can get a birds-eye view of the four quarters of the Old City, including all the important landmarks. The route is not circular because the walls behind the Temple Mount are not open to the public. You can choose to do the Armenian and Jewish Quarters walk or the Muslim and Christian Quarters walk. Both walks start from Jaffa Gate, so you can come back later (or another day) to do the second half.

For Reservations at The King David Jerusalem Hotel >>

6. Mahane Yehuda market – Israel’s best-known open-air market (called the shuk by locals) is the hub of central Jerusalem. Tourists and locals come to the market to purchase anything and everything. There is a big focus on food – meat, fish, spices, nuts, fruits and vegetables and baked goods are popular items in the shuk. But you can also buy clothing, electronics, housewares and more. Avoid the shops aimed at tourists and shop in the stores which cater to locals. Haggling is expected in the shuk and if you are a good negotiator you can find some really good deals.

7. The Biblical Zoo – Yes, you can go to the zoo in any city, but the Biblical Zoo is special because of its focus on animals which are mentioned in the Bible. Read the signs for more information on the biblical context in which each of the animals is mentioned. As the zoo has expanded over the years, it has grown to include animals not mentioned in the Bible as well, so you will also get to see penguins and baboons.

8. The German Colony and First Station – In 1878, German Templers (a Christian sect) settled in Jerusalem and built a neighborhood of spacious stone houses around a main thoroughfare they named Emek Refaim – the Valley of Ghosts. Emek Refaim Street is home to small boutiques, open air cafes and artists’ shops. More of a local hangout than Jerusalem’s town center (Ben Yehuda Street), this is a great place to get a feel for the “real Israel.” In walking distance from Emek Refaim, is the newly refurbished train station. The train from Tel Aviv to Jerusalem no longer arrives at this station, but the railway lines are still embedded in the wooden floor. Modern specialty shops and cafes are hidden behind the old-fashioned facade of the railway stations. A biking/walking/jogging path behind the First Station leads you through various neighborhoods and changing urban landscapes.

9. Israel Museum – Israel’s foremost museum features ancient artifacts, traditional Jewish costumes, contemporary Israeli art and many more exhibits. Highlights are the Shrine of the Book, which houses the Dead Sea Scrolls, the Youth Wing with its child-friendly exhibits and the model of Second Temple Jerusalem which overlooks the landscape of the new city.

10. Bible Lands Museum – This interactive museum is dedicated to showcasing ancient cultures and their interrelationships in the context of the Bible. The main exhibition takes you through the Ancient Near East, from the dawn of civilization to the advent of monotheism and early Christianity.

For Reservation at Dan Jerusalem Hotel >> 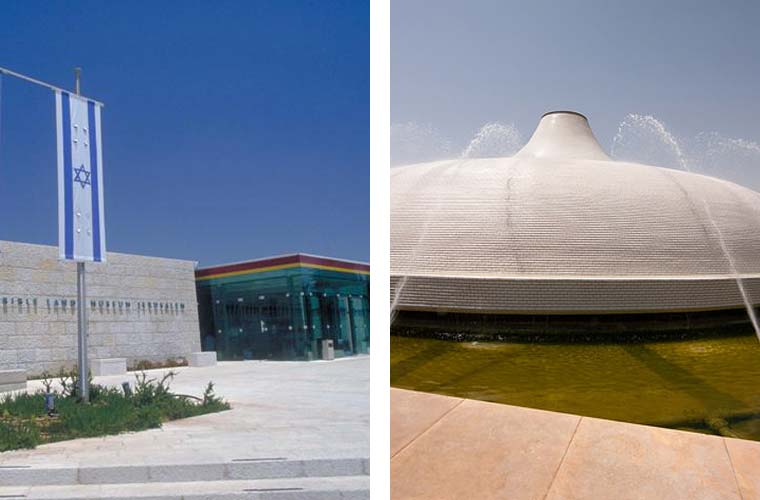